​Fixed Link – Yes or No? – Ryde Academy students go to the polls

Ryde Academy was rich with debate and opinion during a week long referendum campaign on whether the Isle of Wight should have a fixed link or not. 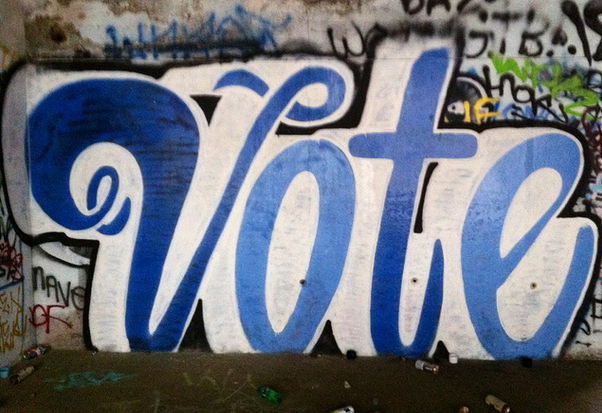 With the Fixed Link campaign in the media again, Ryde Academy has been celebrating the British value of democracy by holding their very own Solent Tunnel fixed link referendum.

Year 10 GCSE Citizenship students organised the referendum and spent a week battling out fierce campaigns on both sides.

The ‘Yes’ campaign delivered assemblies on why it was a good thing in order to win the vote. The ‘No’ campaign published their arguments in the school newsletter and distributed ‘No-Link’ flyers around the Academy.

Corridors rich with debate and opinion
With the campaigning over, students were given their ballot papers and went to the polls at breaktime to cast their vote.

The corridors were rich with debate and opinion and the end of break time bell signaled closure of the polls.

The final result was: The No vote had won with 57%, whilst the Yes campaign received 43%.

62 votes made the difference and students were quick to realise that if 31 people voted Yes, then the result would have been different.

The Yes campaign were honourable in their defeat despite a few claims of corruption and hacking!

“Whilst students cannot vote in a real election yet, I am really impressed by their participation and engagement with political and local issues.”

Image: kodakviews under CC BY 2.0

7 Comments on "​Fixed Link – Yes or No? – Ryde Academy students go to the polls"

It’s good that they are talking and interacting about it… but no one can vote without factual evidence, which is why a new feasibility study needs completing! Also, no other infrastructure project has been decided on a vote, as it’s decided on if it will be a benefit to the area and its inhabitants.

Vote Up00Vote Down
just do it

Ken, just do it then!
Who is stopping you doing a proper feasibility study? Nobody! If that’s what you think is needed get on and do it.

Oh, hang on a minute! you expect someone else to pay for it, don’t you?

Vote Up00Vote Down
Billy b

One very large up arrow!

I’m surprised that the result was so close.

It would be great to read what the students thought were the pros and cons.

Vote Up00Vote Down
billy b

I was surprised at the result to be honest ( and it was not “so close” Luisa). The future of our lovely Island would seem to be in sensible hands.

Perhaps not as close as another well-known referendum…

Vote Up00Vote Down
billy b

Yes, Luisa,however two extremely satisfying results from many a point of view.