The Premier League, FA and Government’s Football Foundation have contributed £448,815 grant, whilst IWC have invested £412,000. 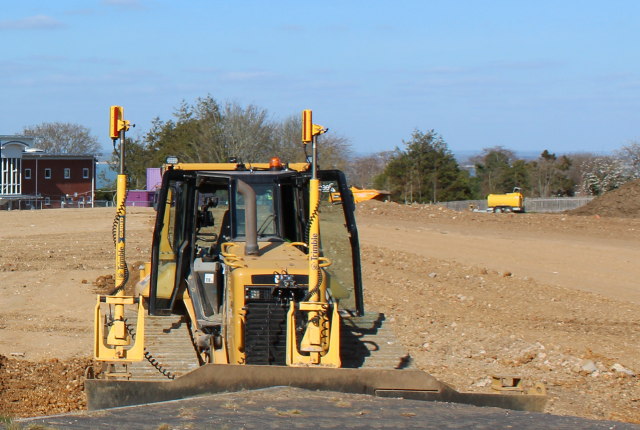 Football is coming home to the Isle of Wight as building work has started on the new floodlit third generation (3G) artificial grass pitch (AGP) at Cowes Enterprise College.

This is being made possible thanks to a £448,815 grant from the Premier League, The FA and Government’s Football Foundation. The Isle of Wight Council has invested £412,000 into the development of the state of the art facility for the Island.

The pitch provides an excellent addition to the already well used sports amenities at Cowes and will enhance the sport and physical activity curriculum of the college through its partnerships with local primary schools and Island sports events.

IWC and OAT support
In addition to the funding from the Football Foundation, the £1 million project has received support through a partnership with the Isle of Wight Council and its sponsor Ormiston Academies Trust (OAT) to bring the new facility to the high-performing school and to the Island.

Since 2000, the Football Foundation Funding Partners’ investment has provided 452 grants worth £12.9m towards grassroots sports projects worth over £28.9m across the whole of Hampshire County FA region.

“We are so excited that work is underway on what will be an amazing facility when complete. It’s the latest step in Cowes Enterprise College’s ongoing success story – but I am also delighted that this will be a facility that the whole community will be able to take advantage of.

“We are a school that is incredibly proud to serve its community and I really do want everyone to make use of this fantastic new 3G pitch.”

“I can’t wait to see the facility complete and in use. It’s a brilliant initiative that the whole Island will be able to use. We have some exceptional footballing talent on the Island; and this project will give our future sports stars the opportunity to train on an exceptional pitch.”

“The news that works have officially begun on Cowes Enterprise College’s brand-new facility will undoubtedly provide a boost for grassroots sport in the Isle of Wight. Funding from the Premier League, The FA and the Government, through Sport England, is playing a vital role in making the project a reality.

“Thanks to their investment, Cowes Enterprise College is one of many schools and organisations across England set to benefit from a state-of-the-art new facility – in this case, a 3G pitch.  These facilities not only act as excellent physical and social outlets for communities, but also provide new jobs – during construction and in the years to come, with people needed to support sites in delivering safe and positive environments for any user.”

Cowes Enterprise College is rated Good by Ofsted and ranked the best performing secondary school on the island by the Government.

Interesting that the Isle of Wight Council seems to have more than £400,000 in loose cash all of a sudden…
Let’s just hope that this will not lead to the current playing field being sold off after the event!