90 per cent of Isle of Wight Covid-19 cases down to new variant, Scrutiny Committee told (updated)

At last night’s Scrutiny meeting Isle of Wight councillors had a chance to question the council’s response to the pandemic. Read the details within 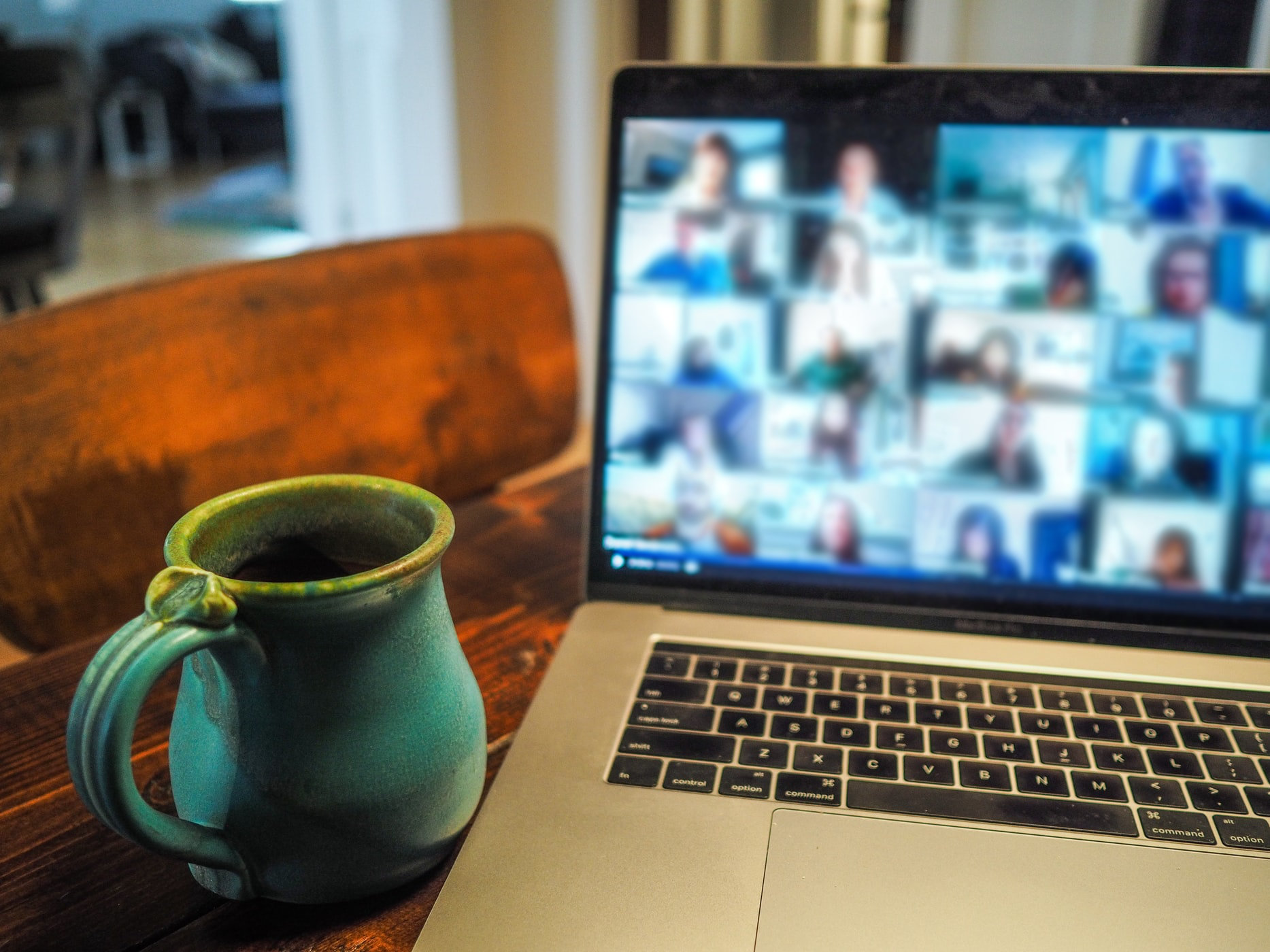 At last night’s Corporate Scrutiny Committee members heard that 90 per cent of Coronavirus (Covid-19) cases on the Isle of Wight are down to the new variant.

CEO of the Isle of Wight council (IWC) John Metcalfe, explained that the new variant is 70 per cent more transmissible and that one in three people have the virus with no symptoms.

He said how we act is now vitally important in order to get the virus under control. He said we are starting to see peak of people mixing at Christmas and in around a week we’ll see any peak from people mixing over the News Year – although he added that of course people should not have been mixing at that time due to Tier 4 restrictions.

Hutchinson: People are putting their own interpretation on things
Deputy leader and Cabinet member for resources, Stuart Hutchinson (Con), stressed the importance of residents following exactly what the Government are saying, after the Island has been “knocked sideways by the new variant”.

“We have noticed quite a lot of people are putting their own interpretation on things to suit what they want to do.”

He said the full recovery from the pandemic is going to take months longer than originally anticipated.

His advice was for business owners to read the guidance fully before to ensure they are applying for the correct grant. This will help avoid payments being slowed down.

John Metcalfe stated there had been no complaints to them about food packages or parcels, but that they were looking to enhance the scheme. He said the schools were working well on the issue.

This was echoed by Cllr Paul Brading (Con), the cabinet member responsible for children’s services and education.

Vaccination tracker?
Cllr Michael Beston (Con) said there was a real appetite for knowing the figures of how many vaccinations had been rolled out, and where, on the Island. He asked whether there were any plans for a local vaccination tracker.

Mr Metcalfe replied there were no plans and that they were reliant on data from NHS. He said the national data was due to be released on a daily basis very soon, and for more localised data to be released in about two to three weeks. He explained the data wasn’t even held regionally, let alone at IWC level.

Eating on ferries
Chairman of the Committee, Cllr Richard Hollis (Con), told members that he’d been told about food being served on one of the ferries, which results in people not wearing masks and behaving contrary to correct social distancing rules.

He asked whether the CEO could make the case to the ferry companies for passengers to remain in their cars.

Mr Metcalfe explained that passengers can remain in their cars on certain crossings but need to make arrangements in advance with the ferry operator (as outlined here).

Cllr Hutchinson replied after discussion with the Director of Public Health, Simon Bryant, with the increased transmissibility of new variant, there had been debate about whether 2m should be the minimum distance, suggesting it should be further.

Hutchinson: Some people don’t know how far 2m is
Cllr Hutchinson questioned how they would get people to comply, adding that although most people have been very careful, there was an element of the population who didn’t seem to know what 2m was.

“This has to be down to individual responsibility and we have got to get that through to everybody. Stay at home and keep your distance.”

Cllr Jones-Evans replied that as a business owner it had been stressful to keep reminding people about masks and using hand sanitiser, etc, putting extra pressure on small businesses.

Vaccination the “only way out”
The discussion ended with Cllr Hutchison explaining that although the current spike of Covid cases is reducing, a very high number of people still have the virus.

“The vaccination is going to be only way of this pandemic.”

17 Comments on "90 per cent of Isle of Wight Covid-19 cases down to new variant, Scrutiny Committee told (updated)"

Did John Metcalfe explain to the scrutiny committee how this ‘new’ variant of Covid-19 might have found itself on the Island?

Vote Up43-8Vote Down
Rhos yr Alarch
Proof positive that putting public health in jeopardy to “protect the economy” puts everything at risk – life, liberty and livelihoods! The new variant was announced on 19th December and Portsmouth placed in Tier 4 at the same time. How could the IW have remained in Tier 1 at that point and for a further week, making it a magnet for people from elsewhere?! This is not… Read more »
Vote Up52-8Vote Down
joeandalice
you’ve literally written ‘protect the economy’ in quotes, as if that’s just a thing people say, but who knows whether it’s important really? all that matters is the virus, which is now less dangerous than it was before, when no more died than from ordinary flu, and in any case they can now treat it very successfully with ivermectin. meanwhile 250,000 small businesses are likely to go… Read more »
Vote Up4-41Vote Down
lauque

Bankruptcies can be cleared and people start over (just ask Donald Trump). Dead people don’t get a second chance. Long term disability also has an economic impact as well as a personal, social and economic one.

Vote Up20Vote Down
lauque
My reference to Trump was flippant and not the best choice, as he would surely never have ‘achieved’ (I use quotes advisedly) anything if not for his background: without inherited wealth, he would have made a career giving double glazing salesmen a bad name. However, it is true that bankruptcies can be cleared and people can start over. It would be easier for more of them to… Read more »
Vote Up14-2Vote Down
joeandalice

trump never had to work a day in his life. instead he built a huge business empire and then went into politics to save his country. more than most of us will achieve.

Vote Up5-29Vote Down
joeandalice
incredible to talk so casually about so many people’s businesses being ruined. and the cancer deaths. do they matter? and not being allowed to hold your dying father or mother’s hand. is that ok for some reason? and bewildered old people in care homes who can’t have visitors. is that all right? all that matters is covid covid covid covid. which can be cured by ivermectin. why… Read more »
Vote Up5-24Vote Down
gom2

ivermectin is for use on parasites in/on animals, if used on animals they and their produce (milk – eggs – meat) can not be used for human consumption for weeks. So doubt it is a genuine treatment, just more internet B**L S**T believed by Covidiots.

Vote Up22-1Vote Down
horace
I’m sure we all need to appreciate that the economy’s doomed. We’re up shit creek..the whole of the world’s economies are at this terrible time..as it was in WW2.or various wars in many country’s histories This is not a time for joking around with facts. The fact is that comparable numbers are dying of COVID as they did in war time and if you don’t know anyone… Read more »
Vote Up5-1Vote Down
Spartacus

Someone I know asked to stay in their car as they were going to a mainland hospital for surgery and the ferry company would not let them.
They had to go up to the lounge area.

That’s our caring ferry companies for you

I think more people…..especially the elderly…… would recognise 6 feet.rather than 2 metres ?

Perhaps they need to recognise 9ft?

something to casually ignore.

“My niece who is a cancer nurse in a private hospital had to phone 16 cancer patients to tell them their operations had been cancelled. This was two months ago.”

they won’t have been rebooked since, will they?