A-Level fisaco: ‘Caused so much heartache and upset – for some the damage cannot be undone’, says Isle of Wight mother

This Isle of Wight mother explains why she put in formal complaints to the Department for Education, MP and others over the A-level fiasco 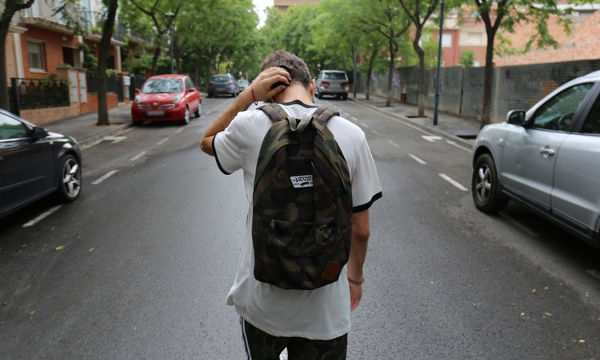 Isle of Wight mother, Becca Cameron, has been particularly vocal on social media since the A-Level results were released last week. Her son had been downgraded from predicted grades of A*BB to A*CD and she intended to fight his corner.

The downgrading of his A-levels resulted in her son losing a place at his first choice of university, Bath, who would not honour their original offer.

Becca says her son’s grades should have been higher, but he had a virus when he took his mocks early back in January. She added,

“If that had been an real exam, we could have put in extenuating circumstances.”

Cameron: “For some the damage cannot be undone”
Becca went on to say,

“At least it has been put right finally, it caused so much heartache and upset and for some the damage cannot be undone. I am pleased everyone complained so much that it stopped the same happening for the GCSEs.

“I put in formal complaint to the education department, MPs and so many others. A lot of parents didn’t want to broadcast their children’s results, but as my son was so upset he asked me to help him fight and help his friends.”

“The Government U-turn on A-Level grades and GCSE results is welcome but late; really late…. too late.

“We have seen Ministers in panic mode. In spite of clear guidance from the Liberal Democrats and others on how to deal with this nonsense.

“The announcement of using mock grades the day before the A-Level results, the fiasco over appeal guidance being withdrawn this Saturday within less than 24 hours are typical of a Government utterly unwilling to admit mistakes and take bold action.”

“Their cowardly incompetence has put students, parents and schools under enormous strain wasting large amounts of time with serious effects. There are lasting consequences for  students including not getting onto courses that are now full or even falling out of education.

“The unfolding disaster has been flagged up for many weeks but nothing happened so we now see the baked in disadvantage to State Schools and Colleges having real impacts on the lives of normal people.”

“My son’s friends all had their grades upped and they are so happy, so we are hoping that they will get into their chosen Universities. I think that is going to take a few days to sort out.”

“On the Isle of Wight the fence-sitting behaviour of Bob Seely MP, who issued a mealy mouthed response is evidence of his lack of focus on what matters to the community he should serve. It shows what we all know, whatever he says he will follow the Party line until the bitter end.

“Given his record there is little hope that Bob will call out the Minister for his repeated stubborn failures.

“The Liberal Democrats would suggest a simple apology to the students, parents and schools on behalf of himself and his Government colleagues would help. While a change of approach would be better.”

Image: Jesus Rodriguez under CC BY 2.0

17 Comments on "A-Level fisaco: ‘Caused so much heartache and upset – for some the damage cannot be undone’, says Isle of Wight mother"

Hilarious watching Seely belatedly trying to spin he was terrible concerned for pupils and their downgraded A level results.

The truth is, he didn’t really give a sh*t.

Vote Up27-4Vote Down
andy
Come on Nick, get real, Bob isn’t going to call out his own Party, particularly as he wants to climb the greasy pole in Westminster. What island’s think/want is of absolutely no consequence to him, we exist merely to re-elect him at each General Election. It comes from a self entitled background of thinking you are superior, born from our colonial past. What’s needed is a radically… Read more »
Vote Up29-8Vote Down
longford

It would be interesting to know whether, or not, pupils predicted grades were lowered in an equal fashion in Elton and Westminster College.

They were indeed. The algorithm lowered the Centre Assessed Grades, but kept them almost the same small groups. Eton has pretty large classes, so it did get affected. At the other end of the scale, if you were an A*A*A” candidate in a weak school where no one in the last 3 years had scored an A*, there was no chance of you getting it. Crazy.

Hilarious watching Seely belatedly trying to spin he was terrible concerned for pupils and their downgraded A level results.

Parts of the world have had a right result. Due to covid-19 there won’t be any dreadful gap year kids invading SE Asia or teaching snowboarding in Canada

I’d have done nearly anything for the chance to do that when I was 18!! Instead I had to work my a**e off on a farm. It it taught me a lot of social and practical skills and made life much easier later on.

2020 will possibly go down as the year when students were revealed to be not as intelligent as they had been led to believe and had to have their grades deliberately inflated to fill and prop up the UK’s financially failing university sector.

Or possibly not. Why would they need to inflate? If only 1 in 100,000 scored an A*, Oxbridge grades would be As and maybe Bs. You don’t need one to support the other.

As for it being financially failing, that’s a foolish comment at the very least.

Vote Up1-5Vote Down
Steve Goodman
Or possibly not a foolish comment, because, as Private Eye readers and others know, not all is well with university sector finances… Briefly, many reports of: expensive failed foolish attempts to ‘expand’ overseas (and some costly failed foolish expansion attempts at home, for example involving still unused new buildings), hugely inflated pay for people at the top, pay and staffing cuts for those below, including valuable teaching… Read more »
Vote Up70Vote Down
Steve Goodman

Christ Church College Oxford has an additional continuing expensive foolish problem due to the Church of England leaders still allowing some of their nastier associates to disgracefully interfere in something that is actually none of their business – i.e. a vindictive expensive foolish unjustifiable attempt to defenestrate the dean, Martyn Percy. As reported for some time now in PE.

Vote Up50Vote Down
southernbelle
“for some the damage cannot be undone” Bit over dramatic isn’t it? In fact that’s what seems to have characterised this whole episode. Everyone seems to have lost their heads. I feel sorry for this year’s A level students. The ones who go to Uni and get a degree will use that in the future jobs market. But the ones who are only left with their A… Read more »
Vote Up11-23Vote Down
greenfiremouse
“But its intention was to make the grades fair in relation to other years.” That is exactly what is unfair about it, and always has been. Year groups can be very different from each other. There should be clear parameter on grading before the exams are sat. Students’ results do not have anything to do with the results of a previous year. What needs to be laid… Read more »
Vote Up15-6Vote Down
southernbelle
I don’t actually see that it’s unfair to try and correlate one years results with the previous year’s results. Questions might be harder one year meaning that marks are lower. Using an algorithm the marks would then be increased to compensate for this to make them comparable to the previous year. No one would complain about this. But when it goes the other way, everyone is up… Read more »
Vote Up9-10Vote Down
greenfiremouse
“Questions might be harder one year meaning that marks are lower.” They shouldn’t, and can be designed to be on a very similar scale. But you may have had a rather weak previous year. The following year group might be much more able. Why should they be measured according to their predessors? To change the subject completely, there is an ominous amount of red thumbs down around…… Read more »
Vote Up8-5Vote Down
southernbelle
Unfortunately, “shouldn’t” is just too idealistic. Unless you set the same questions year after year, which in itself would make an exam meaningless, it’s not until you see students’ answers to a question that you might realise that a question has been posed in such a way that it is more difficult than a previous year’s question. A weak year will show itself statistically against its predecessors.… Read more »
Vote Up5-9Vote Down
greenfiremouse

How about entry exams for universities instead?