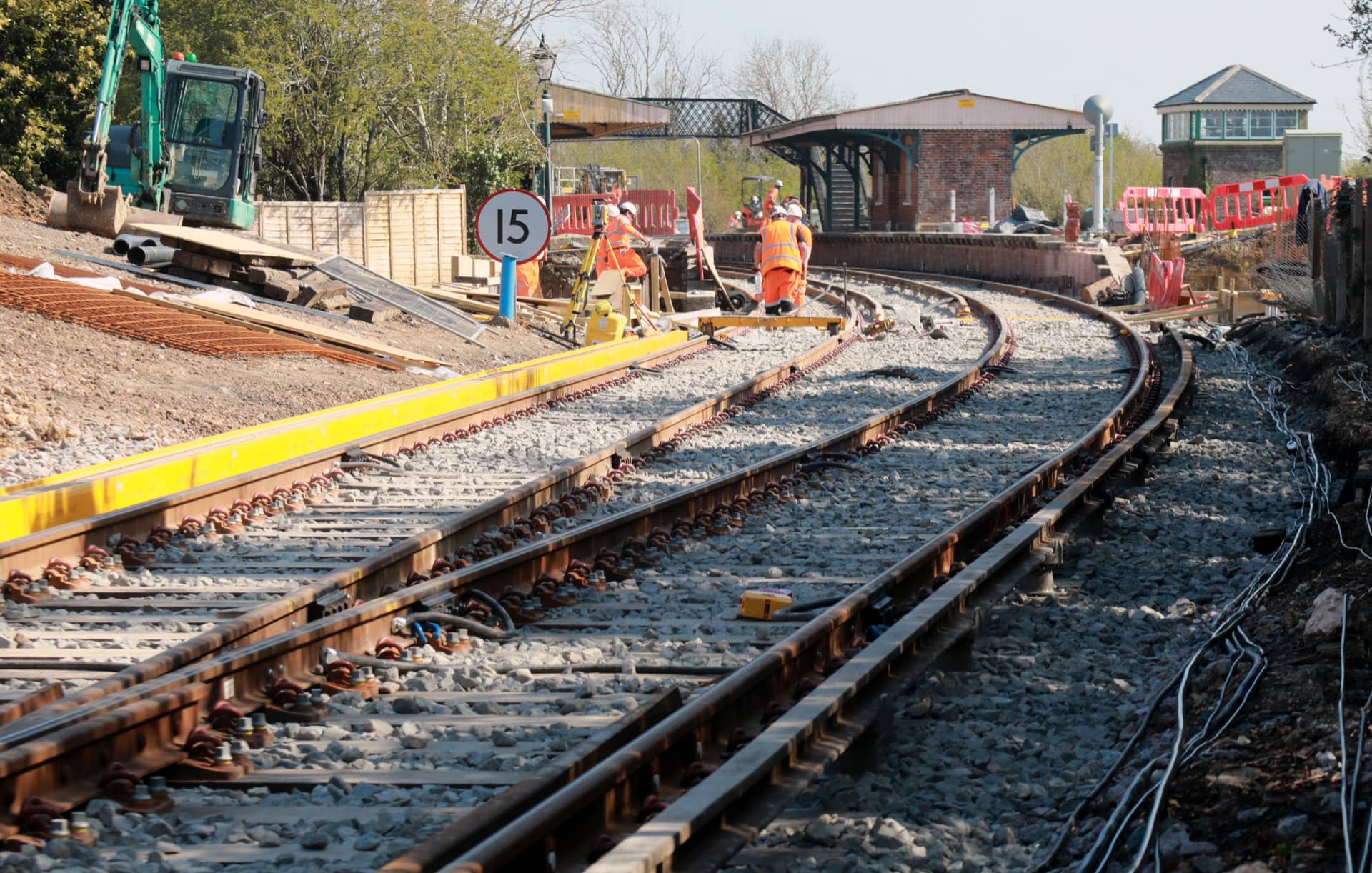 A transport expert who recently visited every Isle of Wight train station to monitor progress says work on the infrastructure looks “nowhere near completion”. The already-delayed opening of the line was due to occur on mid-May.

Island Line was originally due to return to service at the beginning of April (after being out of action for three month), with newly refurbished trains, new track and updated station platforms.

Over the last couple of months concerns about the delays have been raised by the Isle of Wight Bus and Rail Users’ Group, something also highlighted by railways expert, Phil Marsh.

“A visit to all Island Line stations on 17th and 20th April revealed that the project was nowhere near completion in infrastructure terms.”

“So far only one Viva Rail Class 484 has arrived on the Island and apart from one night’s test running, has been confined to Ryde depot.”

Lack of testing
The new service will need at least two trains, with the new passing loop at Brading.

The Isle of Wight Bus and Rail Users’ Group were told the trains would need to run for several hundred miles to be tested on the Island before being put into passenger service. It’s hard to see how this can be achieved before mid-May.

Bus service being extended
News of the possible delay in reopening also ties up with word received from a trusted source last week about the bus replacement service, which has been in operation between Shanklin and Ryde.

Our source advised News OnTheWight that it’s thought the bus replacement service could be extended well beyond mid-May.

Given the runaround
Phil Marsh’s findings for Heritage Railway magazine and Railnews match the mutterings that News OnTheWight has been hearing on the Island.

Since early March we have been chasing South Western Railway (SWR), who operate Island Line, for definitive updates.

We got a similar non-committal response that Phil Marsh had also received,

“No update I’m afraid, but we are expecting some updated timescales shortly. I will of course make sure you’re kept in the loop.”

Vote Up16-1Vote Down
Colin
I would imagine that there will have been all sorts of unforseen little engineering problems to overcome, plus those thrown in by covid. I’m just grateful that the decision was made to bring the line up to an acceptable standard after years of under-investment and that the line continues to exist at all. Various rail infrastrucure improvements on the mainland are months and years behind schedule so… Read more »
Vote Up11-2Vote Down
Rhos yr Alarch

Correct me if I’m wrong, but I don’t remember any delays to re-opening when electrification was done 1966-7, little unforeseen problems notwithstanding…?

Ah but…there were no computers then,if things went wrong you just clouted it with something hard and carried on.