Councillor disappointed her personal life is ‘under constant scrutiny’

Cllr Baker Smith said she’d be splitting her time between the Isle of Wight and Manchester, adding she’s disappointed that her personal life is ‘under constant scrutiny’, something not applied to working fathers on the council. 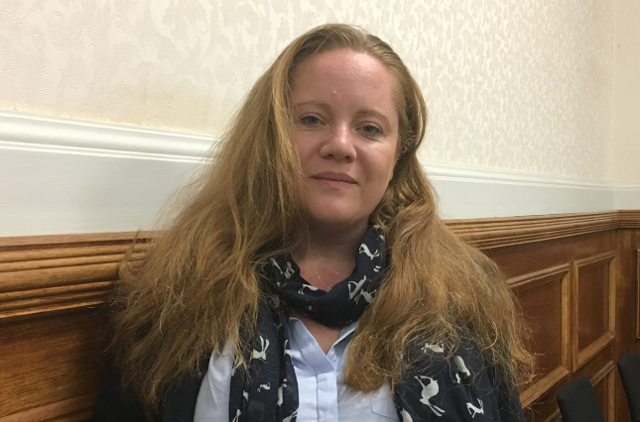 An Isle of Wight councillor has sought to reassure her constituents she can still serve them, despite splitting her time between the Island and mainland.

Labour member, Cllr Julia Baker-Smith, said spending time with her partner and daughter in Manchester did not affect her ability to serve her ward of Whippingham and Osborne.

She also said she was disappointed she was being asked to explain elements of her life which should remain private.

Residents raised concerns
Her comments followed concerns from a number of residents who questioned her ability to represent them from miles away.

Cllr: “Will in no way affect my ability to serve”
But Baker-Smith hit back, stating:

“Like a number of councillors who work on the mainland, I am currently splitting my time between the Island and the mainland.

“My daughter and partner live on the mainland, while my son and mother remain on the Island.

“This will in no way affect my ability to serve my community as I have done in the past and will continue to do so while I hold the office of ward councillor for Whippingham and Osborne.”

“I am disappointed I am being asked to explain elements of my life that should be personal and private for a role which I have worked so hard within and continue to do so.

“No-one questions the working lives or residential arrangements of the working fathers on the council who own businesses or work on the mainland or abroad.

“As a working mum who juggles the various demands necessary to make ends meet, I am under constant scrutiny in my personal life.

“Being a backbench Isle of Wight councillor comes with an allowance of less than £8,000 a year, and there needs to be an understanding that for non-wealthy working age people to represented, councillors will need to work and that work may not always be available on the Island.”

Local council position ‘untenable
Cllr Baker-Smith has, however, resigned from East Cowes Town Council where, she said, her position had become ‘untenable’.

“I was asked by the town council to prepare a report, which was subsequently ignored, and which, I feel, has adversely affected the management and finances of the town council.

“I am therefore, focussing my energies into my Isle of Wight councillor role, where I feel I can represent the best interests of my ward.”

newest oldest most voted
eastcowes
To me this has nothing to do with sexism. You either live on the island or you don’t. Does she pay rent here? Rumour is she has moved out completely, and only her son lives with her mum. If she were commuting to Portsmouth or Southampton like lots of people do, that’s one thing. But if you are living 5-7 days a week somewhere else, that is… Read more »
Vote Up45-7Vote Down
eastcowes

*can’t represent the people only virtually

And re: commuting to Portsmouth and Southampton: you can be home in time for dinner and meetings.

It is well known that Julia only joined Labour this May as her aim is to be selected as a Labour candidate for Manchester Council at their next elections. On the Island she was elected as an Independent.

lets hope she can sort out the road to nowhere – bottom of Saunders Way – that has been rumbling on and on and on and on………. somehow I think this will never be finished :(