Dick was not only filmed talking about his time in the Rolling Stones and friendship with Brian Jones, but also re-recorded music for the documentary in Ventnor’s Red Squirrel studio 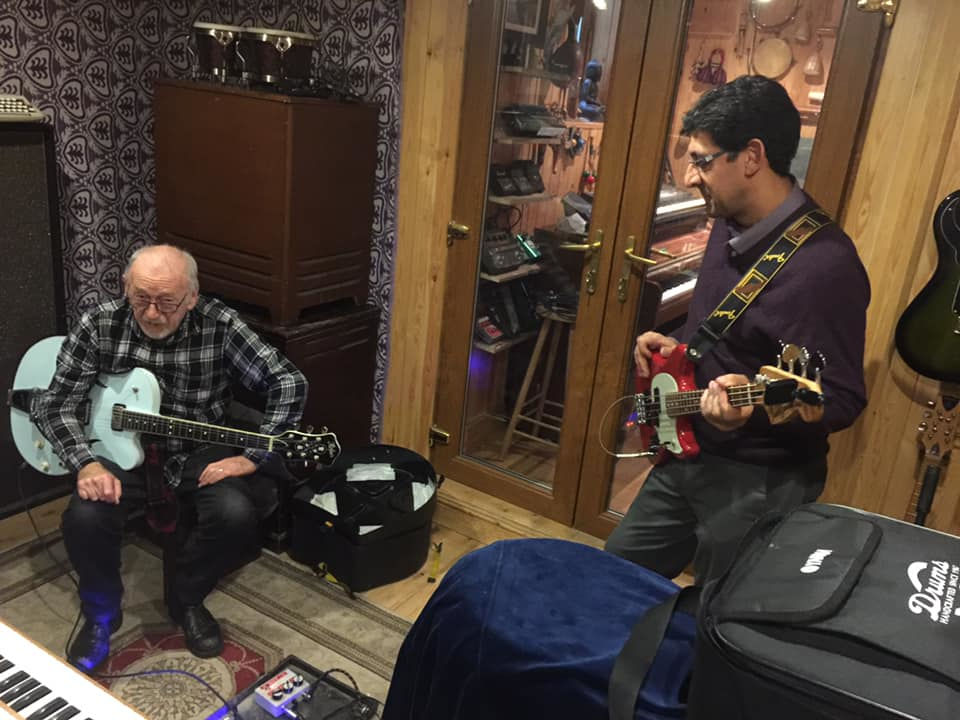 A new documentary featuring the life and death of Brian Jones from the Rolling Stones has an Isle of Wight connection.

Last year was the 50th anniversary of the death of Brian and Ventnor’s Dick Taylor, the first bass player with the Rolling Stones and founder of The Pretty Things, was invited to take part.

He spoke with OnTheWight last week about his involvement with the film.

Dick has been contacted by the producer of the new documentary, Nick Reynolds, and travelled to London to be interviewed about his time with Brian, of which he says there were quite a few stories.

Brian explained how he was with Keith Richard and Mick Jagger when he first met Brian, and a great friendship ensued.

Later in the 1960s after he’d left the Stones and formed The Pretty Things, Dick lived at the same Belgravia address as Brian – although he was quick to point out it wasn’t as plush as the multi-million pound property it’s probably since become.

Pretty Things track recorded in Ventnor
The filmmakers were also keen to use a piece of music by The Pretty Things in the documentary, so Dick offered to re-record it in Ventnor. Thus avoiding the red-tape and delays of getting approvals from various record companies.

This all happened down at Red Squirrel Studios in the capable hands of James Thorpe.

Taking part in the recording were Robert Berry on drums, Mark Thompson on bass guitar and organ, JC Grimshaw on harmonica, Dick Taylor on guitar, and James was responsible for producing/recording.

As well as being used in the film, some of the music also made it into the trailer. We’ll let you know once the full-length film has been released.

More filming in Ventnor
Dick is certainly in demand at the moment, with another film crew coming down to Ventnor next month to capture him in his own habitat for a documentary about The Pretty Things.

If you see a film crew in Ventnor, this is what they’ll be doing, so make sure you give them a smile and warm hello.

Why would you praise someone and call him a Dick in the same sentence ? LOL Anyway, is there any information on when this documentary re Brian Jones will be aired ? I loved his ‘pear shaped’ guitar- very iconic of the 60’s….