Described as a dedicated team of “volunteer guardian angels on the cliffs”, the Needles National Coastwatch team recently passed re-assessment of their Declared Facility Status. 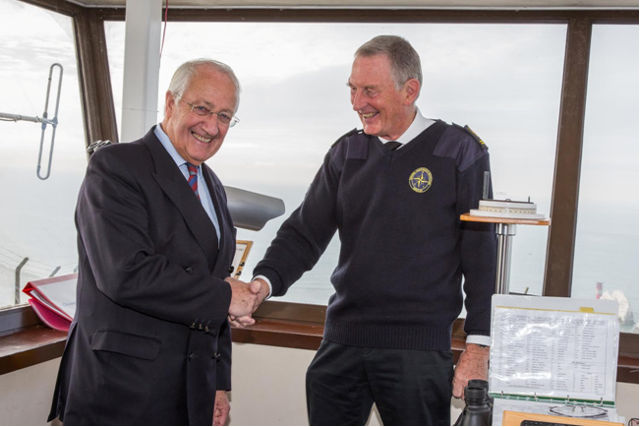 Needles NCI, in retaining their DFS, remain an integral part of the UK Search and Rescue which includes HM Coastguard RNLI and Independent Lifeboats in the Solent.

Situated 400 ft up in the Lookout Tower above the Needles, volunteer watchkeepers scan the waters surrounding the Needles paying particular attention to vulnerable people and craft such as kayaks, jet skis, leisure or commercial fishing boats and all sizes of sail and motor vessels.

“Guardian angels on the cliffs”
VHF Channel 65 is dedicated to National Coastwatch. Mariners in the vicinity of the Needles are encouraged to free up the emergency Channel 16 and use Channel 65 for radio checks, and weather reports using ‘Needles NCI’.

As a grateful user said,

“I can easily radio them to ask if my companions are safe and if they have concerns they will radio us … they give weather and tidal conditions and a radio check is never a problem.

“They are a dedicated bunch of volunteer guardian angels on the cliffs.”

Reliant on public donations
This year alone, Needles NCI have helped with more than 20 serious incidents.

The continued operation of Needles NCI is completely reliant on public donations.

Needles NCI are particularly grateful for the support that they have received this year from Sainsbury’s West Cowes, The Vox Pop Choir, Freshwater Bay Golf Club, and Needles Pleasure Cruises.

Find out more about the ‘eyes along the coast’ by visiting their Website.