Changes to the library proposals announced by IWC

Cllr George Brown announced at the Cabinet meeting tonight changes to the proposed closures to nine of eleven libraries across the Isle of Wight. 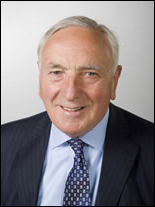 He explained that the opening hours for Sandown, Ventnor, Freshwater and Cowes were to be extended following the consultation. From April 2011 for one year they would be open 21 hrs per week (more on this tomorrow).

After that period, it was anticipated that those core libraries would by run by volunteers.

East Cowes, Bembridge, Brighstone and Niton would be continued for a further three months rather than closing on 31st March.

Cllr Brown went on to explain that the changes referred to above would add an additional £100k on to the budget.

Finshing his address, he told the meeting that this amendment was not a comprehensive reply, “that will come later” he said.

Â£100,000 eh George, is that all? It would hardly buy you a part-time senior officer, or a consultant for a few weeks.

A hundred thousand in your privileged world isn’t even the cost of a decent car, half a Bentley perhaps?

Vote Up00Vote Down
rosie
once again discrimination to the rural areas , we just dont count, what happens in one year then , back to square one , we start having to fight to save the libraries all over again, what does george brown think we are all going to do just accept this and go away, we cannot trust anything he says….we must keep fighting until he agrees we keep… Read more »
Vote Up00Vote Down
Mike

What about Shanklin – seems to be missing?

My understanding is that Shanklin, Brighstone Bembridge and East Cowes will be self service libraries. More details to come later today.

Vote Up00Vote Down
thanks for nothing

Just when I thought it could not get worse……it did.

I repeat, How can Brown comment on the library consultation when it only finished hours ago? How can he make recommendations without having properly collated what the public have to say??

I’d thought at least they’d *pretend* to listen. 21 hours a week at Freshwater is just 3 days. And no plans to keep it professionally run.

5pm yesterday? Where in the “consultation” document did it give a time. I can only find a date.

just looked at IOW radio report of this. Makes it sound like these changes could be permanent, no mention of 1 year. Sandown councillor very happy. Seems to me someone’s just been told it’s going to take longer to train volunteers than they thought, just delaying the inevitable. Can’t see anything good about this at all.

The extended hours (from 7pw to 21pw) are based on the consultation model, ie. IW council ceasing their funding in one year from 1st April 2011.

“This should enable these core libraries to move more easily towards a co-operative IW Council and community library service.”

Yes, there’s a bit more to running a library than we thought.

Vote Up00Vote Down
John
What a disgrace-this is no solution to the problem.We the local people are being forced to pick up the tab for the banks and investment bankers who did very nicely thank you.They should be paying us back with interest to keep our public ibraries going and services going.After all it is the ordinary tax payer who bailed them out.What about us?This is criminal behaviour by Government local… Read more »
Vote Up00Vote Down
Vix

What no-one mentioned was that three months – 90 days – is the statutory notice period you have to give staff who are going to be made redundant!

Just another smoke screen- I presume the cabinet members are going to save this “extra cost” by psaying for their own tea & biscuit? or somethin similar.
Grow up |George, the public won’t be fooled by this- stop the closures all together- you have been shown alternative ways of taking money from the library service without the need for closures at all.

Vote Up00Vote Down
Black Dog
This ia a classic response from Mr Brown who clearly has not had a chance to study the results of the consultation. He thinks that we are all stupid, BROWN AND PUGH STRATEGY 1st. Paint a really bad picture and get everyone worked up. 2nd. Pull back slightly from the above and the people of the Isle of Wight will ink that you are listening to them… Read more »
Vote Up00Vote Down
Rowan
This is at least a partial reprieve, and we might not have got it if we hadn’t done so much campaigning. Now we’ve got to carry on explaining to councillors and senior officer why they must keep all the libraries open for proper hours and keep professional librarians working. This gives us a tiny breathing space to carry on talking with councillors and senior officers who just… Read more »
Vote Up00Vote Down
hmmm

They’ve just delayed closure/taking over by volunteers (same thing in my experience) in the hope that the anger will fizzle out.

BUT it will also take them closer to election time. This is why I feel it is so important that people tell their councillors clearly that this issue will effect how they vote and who they campaign for. Suggest signing the pledge at cutsbothways.org.uk.

delay, but end result? IW Council to close 9 of 11 Libraries

Vote Up00Vote Down
biggmarket
Harold Wilson said a week is a long time in politics so a year must be an eternity. As someone has pointed out April 2012 takes us much closer to the next Council Elections and who knows whether at that point the Council will stop running all but two of the libraries. By delaying some of the closures for 12 months at least the Council is answering… Read more »
Vote Up00Vote Down
important

is it me or does the fact that the libraries will be open less hours (21) than at the moment for a year not make sense that it will mean it will cost 100k extra? surely this is a saving still?

Does the 100k take into account the self-service machines? Who will modify thousands of books so the machines will recognise them? If not then which budget will they come from?

they don’t look easy to use – judging by the number of people who have to ask for assistance.

supermarket self-service tills are also not easy to use – though i guess the technology will improve over the years.

They were planning to save Â£500k in 2011/12, but if changes above take place, they will only save Â£400k in 2011/12. The four libraries proposed to open 21 hrs pw were only going to be open 7 hrs pw and there is also the extension of 3 months for four rural libraries not budgeted for.