You may have heard discussions on national news this morning in relation to future PFI contracts. Stop The Cuts Alliance have issued this response, in their own words. Ed 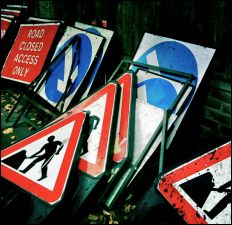 This morning the Conservative Chancellor, George Osborne, announced that he will carry out a “fundamental reassessment” of the Private Finance Initiative (PFI) in a bid to cut costs.

The government statement highlighted that PFI costs have prompted criticism, with taxpayers facing rising bills over contract terms which can last decades.

Mr Osborne said the coalition government wants “a new delivery model….at a lower cost to the taxpayer and with better value for public services”.

Will news change council’s position on highways PFI?
The Alliance asks “will this ‘fundamental reassessment’ cut any ice with the mandarins at County Hall? Or will they plough on regardless with their ill-judged roads PFI scheme?”

For months now Alliance members have been calling for a halt to the PFI plans and have shown, at various public meetings, that the council’s calculations do not add up and that public money would be saved in retaining the current in-house system.

“Figures just don’t add up”
Alliance spokesman, Steve Goodman, said “You would think that our local Tory councillors would pay some attention to their own Chancellor of the Exchequer when he is voicing concern over the cost and running of PFI projects.

“On a day when Councillor Pugh has publicly asked for input from the Alliance we have to wonder why he has not heeded our advice in the past regarding this expensive and risky roads PFI scheme.

“We have attended many public meetings organised by the council on this issue and have shown, on each occasion, that their figures just don’t add up and that our calculations regarding in-house retention of road maintenance show a much cheaper and less risky use of Island taxpayers’ money.”

I think that the answer could actually be quite simple. I am starting to think that Pugh & Co. genuinely just don’t understand the maths involved.

Vote Up30Vote Down
playingthenumbers
PFI as we know is economic suicide – the council know this too I suspect. Even with the supposed additional credits and grants, there is no way our economy can afford or support such a massive investment. The basic sums just donâ€™t stack up any more. Some simple facts: The IWC will need to commit unitary charge contributions in the face of reducing income, The requirement to… Read more »
Vote Up30Vote Down
Asite2c
Pugh oce said the Stop the Cuts Alliance had nothing to offer which is a bit misleading as Steve Goodman has been offering sensible advice to the council about the pitfalls of PFI and other issues for months, although it has gone in one ear and out of the other. If Pugh and the rest of the cabinet are unwilling to accept or listen to Steve’s advice… Read more »
Vote Up30Vote Down
Sweeny

If the council know that PFI is economic suicide, then they must be at best incompetent, or at worst corrupt!
Why are they still going ahead with such a discredited scheme ?
They should be forced to think again, they will never be forgiven if they burden the Island with such a huge debt!

Dread to think how much its going to cost to assess this hole they are digging for themselves! By the time they have reassessed it,added a few expensive sandwiches and not to mention overtime costs whilst
procrastinating there wont be any of our money left!!!!!!

I was always told, “When your’e in a hole, stop digging”.

Vote Up00Vote Down
ThomasC
No point stopping digging when you’re probably going to lose the election shortly after you’ve awarded the incredibly expensive to architect PFI to the company Conservative Central Office told you to. They will complete this crippling blow just before the collection of clowns ‘running’ the IOW mostly get nailed out of power. Will people remember them as the failures, or the administration after them, who were unable… Read more »
Vote Up30Vote Down
witchfinder general

Hey, hold up a minute, this council can spot a bargain a mile away. Look at the MFI rejects they managed to blag for the council chamber. Must have saved us thousands of pounds.

We need to protest, then again that never does any good, however about we just knock some sence into them!