Isle of Wight Police says they’ve had more complaints about this business than any other on Island, but owner says she’s trying to run “a very nice and relatively exclusive establishment” 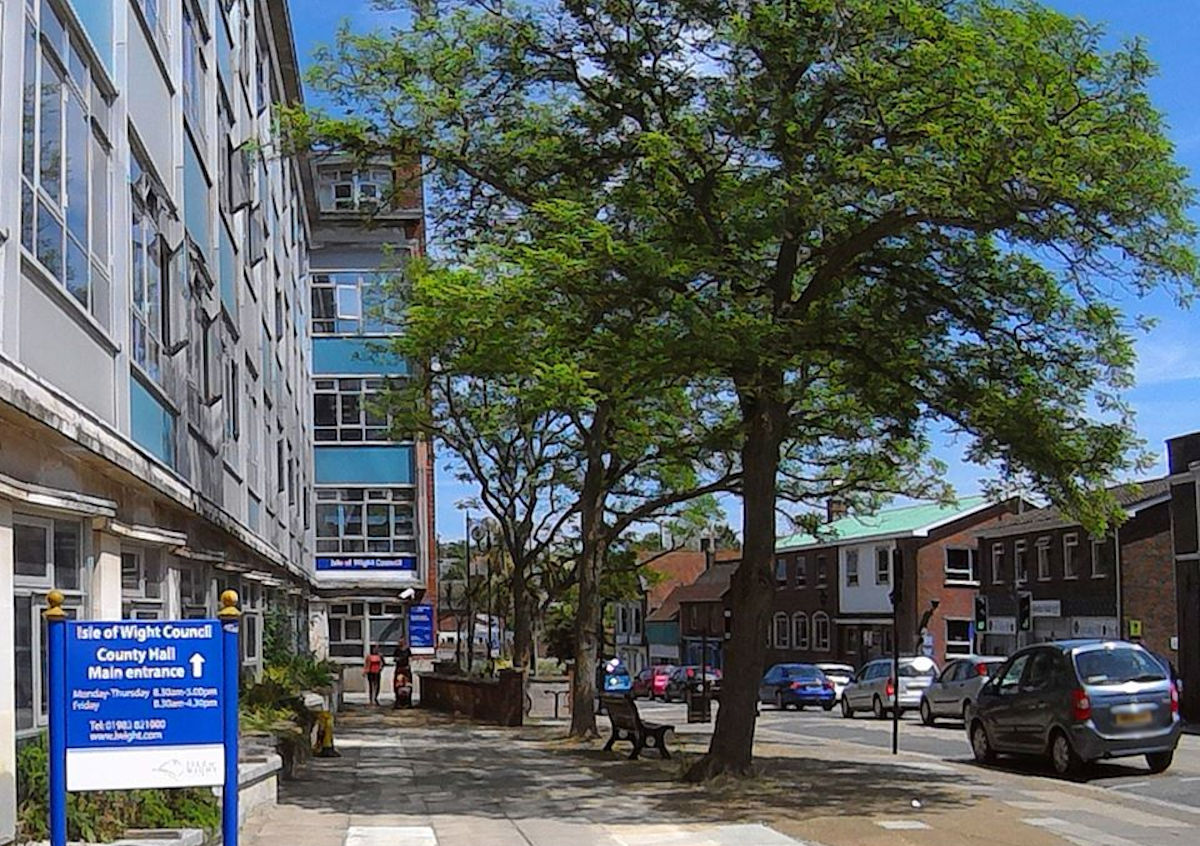 Despite Covid-19 fears and Police objections, a ‘nuisance’ restaurant to neighbours has been given a half-hour extension to its licence.

However, its bosses wanted more.

Pierce: You get increased intoxication and everything that comes with it
PC Jason Pierce asked the Isle of Wight Council’s licensing committee if it ‘really wanted to be supporting the extension of alcohol sales and music into the early hours during the second wave of the current pandemic’ as late-night drinking and Covid-19 ‘are never a match made in heaven’.

“With approving this application you get increased intoxication and everything that comes with it – later night drinking, violence, crime, disorder and the inevitability of the likelihood of virus spreading.

“The timing of this application is poor. At a time when everyone is trying to slow down the factors that accelerate the virus, Harbour House is seeking to expand its hours at the wrong end of the day.”

Revised application from 1am to midnight
The owner of Harbour House, a restaurant and cocktail bar on the Esplanade in Ryde, Leigh Hyatt, submitted an application asking for a new licence to sell alcohol and late-night refreshments, playing recorded music until 1am on Thursday, Friday and Saturday.

Strong representations from nearby residents and the Police meant Ms Hyatt’s team brought the time back to midnight with more conditions added, in an attempt to make it seem more agreeable.

On behalf of a group of residents, one woman spoke of the ‘intolerable’ and ‘dreadful’ problems she has faced from the Harbour House.

She told a meeting of the council’s licensing sub-committee:

“I couldn’t sit in my garden, I couldn’t open the windows during that hot spell we had. It was a thorough nuisance.

“What was worse than the music was the screaming, screeching and the shouting — the music can be reduced but its the crowd.

“There seems to be a lack of responsibility from the owners and a lack of trust going forward.”

Police: More complaints than any other premises on Island
A report from the Police said concerns over Harbour House’s changing business model and selling ‘cheaper mass-produced alcoholic products’, were realised when they received more complaints by far about the Harbour House and the adjacent area than any other premises on the Island, immediately after restrictions were eased.

Police say advice and guidance was given to owners but the problems continued until a Community Protection Notice was issued and ‘the number of complaints reduced dramatically’.

“There are a number of conditions that address the concerns, in a much more purposeful and targeted way — I would say it is significantly more onerous and a scaled-back application.

“The owners don’t feel it is fair the noise is wholly attributed to them. The Esplanade is a busy part of Ryde. My client feels very strongly that noise issues are attributable to members of the public who haven’t attend their premises.

“My client has a problem with the suggestion from Hampshire Constabulary that they are a cheap and cheerful premises. This is wide of the mark. She is trying to run a very nice and relatively exclusive establishment.”

Hyatt: A problem with youngsters misbehaving
Ms Hyatt said the vandalism and anti-social behaviour around the harbour is part and parcel of Ryde, having had multiple decorations outside her businesses broken repeatedly.

“[There is] a problem with these youngsters misbehaving but there is nothing we can do about it. It is not just Harbour House.”

Half an hour extension
Members of the sub-committee amended the application – deciding the Harbour House could sell alcohol and late-night refreshments until 11:30pm — a further half an hour than its previous licence allowed — but were not allowed to sell off-sales after 11pm.

A number of conditions were added to the licence, including having security door supervisors from 9pm Thursday to Saturday, litter bins placed outside the property and the noise and vibrations emitted from the premises should be ‘no more than barely audible’ at the nearest residential properties.

The Isle of Wight council often seems out of step with the aims of Ryde Town Council. I wonder if the town council agrees with this decision?

According to the applicant “vandalism and anti-social behaviour around the harbour is part and parcel of Ryde” So that’s all right then.

Even the police are against it.

So, who is pulling the strings here then?

All part of IOWC agenda for Ryde seafront.
Usual ruse, wilfully neglect the area to a level of degradation so that they can justify the decision to commercialise it, as anything will be better than derelict buildings and unsavoury types lured into cheap drinking holes and Adult Gaming Centres, which same Committee approved, in the children’s playground

Vote Up41-1Vote Down
Benny C
A thirty second drive along the esplanade will tell anyone with an ounce of common sense that the strategy, infrastructure and stewardship on display lend themselves to problematic issues. Abysmal strategic planning, poor quality, badly maintained buildings and public realm ( which inevitably degenerates the quality of occupier within commercial premises) all combine to make the whole worse than the sum of the parts. Integration, natural attributes,… Read more »
Vote Up34-1Vote Down
Benny C
And to cap it all I seem to remember the Town Council are planning to pretend they can fathom marina ownership. It needs updating, it needs development to fund that, it needs accessibility and it could be such an income generator they wouldn’t know what to do with the money. Transformational for residents and for the town, in a good way. It really doesn’t need a bunch… Read more »
Vote Up14-3Vote Down
collin

You have got to feel for PC Jason Pierce, he put forward a simple straightforward case that most people would understand. This committee for some reason didn’t . They are not the ones who will be out in all weathers mopping up the mess from this utterly stupid approval.
Good on you PC Pierce , you tried

It’s always about the money never about respect, health and well being.

The Licensing Committee is chaired by Cllr Charles Chapman (Con.), long-time Ryde councillor at County Hall and also on Ryde Town Council. The Town Council will have been able to comment on the application, though they do not appear to have done so in the report that went to the committee.

Ryde again for you. Time the feral inhabitants were dealt with.

I don’t support the extension being granted Fenders but the use of the word chavs is derogatory and not acceptable language.

Clearly somebody does why? to control and maintain their control, power and class.

Ryde has a real problem with antisocial behaviour, unfortunately the town seem to attract bad people. Ryde has also become the dosser capital of the Island.

It would seem anti social behaviour is everywhere – it’s clearly alive and well in the licensing system.

Vote Up14-2Vote Down
Mark L Francis
I blame the yoofs hanging about outside Newport MacDonalds to leech off their wifi (no doubt accessing the Dark Web for places to maraud the good burghers of the IOW) all over again! We institute regular patrols from the Pret A Manger Vigilantes & they only move on to Ryde! Where will it all end? How many more of us will suffer the stress of being approached… Read more »
Vote Up7-5Vote Down
Mark L Francis

I see the juvenile delinquents are out in force, down voting this ruthless expose of their wrongdoings!

I wonder how many come over from the mainland for a night out?

To that place? None. Why would you, and what is the relevance?

All the pubs in Pompey closed are they?

What’s that got to do with it?