Katie from East Cowes has to decide whether she feeds her child or pays to take him to school. 19 councillors chose to ignore this story and voted against calls for the Cabinet to reconsider their decision. 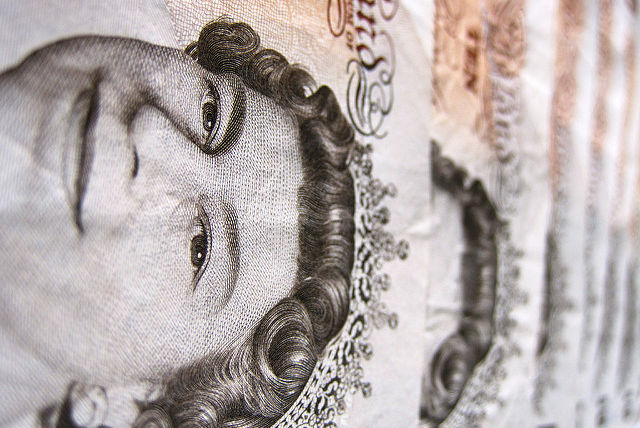 At Wednesday evening’s Isle of Wight full council meeting, leader of the Island Independent Councillors, Cllr Julia Baker-Smith, presented her motion on the impact of charging parents of children who use the Cowes floating bridge.

She explained that so big was the impact of charges to those on low incomes, that one mother had to choose whether to feed her child or take him to school (see the detail).

Barrier to education
Cllr Baker Smith said parents on low incomes being charged £10 per week to escort their children to school via the floating bridge presented an unnecessary barrier to maintaining school attendance.

This was, she said, despite the council pushing for increased school attendance and for parents to find healthy and sustainable ways to travel to school.

Catchment faith school
The councillor for Whippingham and Osborne went on to remind members that Holy Cross in East Cowes is the catchment faith school for Cowes – meaning that if you lived west of the River Medina and wished for your child to attend a faith school, you’d be penalised by £10 per week or have to drive via Newport. The extra traffic via Newport was cited earlier in the meeting as causing increased congestion.

Cllr Baker Smith said this move by the IWC was specifically discriminating against those who wish to attend a faith school.

Although it was the Island Independents who introduced the foot passenger charges during their term of leadership, it’s worth noting that Cllr Baker Smith voted against the motion.

Lack of costings
The councillor went on to suggest she believed the Cabinet had not considered any costings when they debated her motion last week.

She said the river was a very unique circumstance and not the same as other parents who are able to walk their children to school without crossing one. Cllr Baker Smith urged the Cabinet to think again.

Support from other councillors
Cllrs Lilley, Howe and Fuller supported the motion.

Cllr Garratt joined them, stating he felt the Isle of Wight council had not considered the social cost to the community and also asked the Cabinet to reconsider – once in receipt of more data – their decision. He said councils can often find extra cash when they need to and this would show the IWC cares about its reputation and the community.

Leader of the council, Cllr Dave Stewart, said the Cabinet have to be pragmatic about the situation.

Katie’s story: Do I feed my child or take them to school?
In a style reminiscent of Labour leader Jeremy Corbyn, Cllr Baker Smith shared Katie’s story.

“Katie’s got a son called James. Katie owns her own home and has to pay the mortgage. That means she doesn’t get any help from any hardship funds in relation to housing benefit or council tax benefit. She’s exempt from that because she owns her own home.

“Her husband left her when James was very small and as a result her situation changed.

“The reason James goes to school across the river is because he was originally at a school on one side (in East Cowes), but unfortunately he has severe ADHD and Autism and has ended up going to a school that is more appropriate for his needs on the other side of the river.

“That’s through no fault of Katie’s, but a very large proportion of her income – £10 out of her £70 per week income – goes on crossing the River Medina to take her child to school.

“This is absolutely unacceptable.”

She explained the motion is in no way related to the current issues with the floating bridge and is a long term issue that needs to be considered for children to be able to attend school.

The vote in the chamber followed this heartfelt speech. The results were 13 in favour, 19 against (all Conservative councillors) and three abstained.

Image: TaxRebate under CC BY 2.0

East Cowes is a recognised area of deprivation. The floating bridge is not for our ‘convenience’ but allows the rest of the island to get your petrol, aggregates, and asphalt. Why is East Cowes being punished for other people’s mistakes and the Council’s very bad maths?

Owning your house has nothing at all to do with Council Tax Reduction. Mortgage interest payments can also be met from Housing Benefit. If the issue is of special needs provision its different & possibly social services could help out but if it is a question of wanting to attend a “faith” school then I suggest she walks across the Medina.

Housing benefit is for rent payers only. The Council does not offer any help whatsoever for Mortgage payers.

If you are on means tested benefits – IS, ESA – you need to go onto “interest only” repayments & the DWP should cover interest payments (as you are not allowed to “acquire a capital asset”) However I suggest that Katie applies fpor DLA for James (DLA has not been replaced for the under 16s by PIP). Check this link – https://www.gov.uk/disability-living-allowance-children/eligibility

She may be able to apply for Support for Mortgage Interest (but it really is a pittance).

Give Tory councillor Matt Price credit; he supported the motion along with all opposition councillors, rather than just abstaining

Vote Up00Vote Down
tr2015
fascinating conversation. mum cannot afford the ferry fare to cross the river to take her child to school. how many other parents also accompany their child across the river to school? is it beyond the wit of the school to arrange an adult to meet the group of children, and accompany all of them over the river and walk them, in crocodile, to school? i.e. costing just… Read more »
Vote Up0-1Vote Down
mariner58

It’s entirely possible that Katie’s story is entirely true but, as recounted by Councillor Baker Smith, it is so lacking in detail and raises so many unanswered questions that it reads as more of a fable created to make a point than a true case of unmitigated hardship.
I am curious however as to how the floating bridge allows me to get petrol, aggregates and asphalt?.

Vote Up0-1Vote Down
eastcowes
If the Victorians bridged the Medina, your petrol, aggregates, and asphalt wouldn’t go upriver to offload. The floating bridge is not for the convenience of Cowes and East Cowes; it’s for the shipping industry. You’re wrong; it’s no fable; East Cowes is an area of Deprivation, and many people cannot afford buses etc. Many of us have been on £73.10 per week to pay all of our… Read more »
Vote Up10Vote Down
mariner58
I am saddened and disappointed that you say that Katie and James are real people but I believe that when his truancy report highlights that James, with his diagnosed condition and learning difficulties/special needs, is missing from his designated school because his mother cannot afford to get him there, proper provision will be made. That is an important part of what councillors and MP’s should be doing… Read more »
Vote Up0-1Vote Down
Caconym

A bridge would not have, and doesn’t have, to block access to the upper river.

Swing, lift and bascule bridges were all well known by Victorian engineers.

Also, please try to use the “reply” link. It makes it difficult to see who you are replying to if you don’t.

Unfortunately, a swing, draw, etc. bridge cannot fit where the floating bridge is (that particular juncture), but it could work further upriver. The Victorians and people since have done studies for a fixed link bridge approximately Saunders Way to Artic Road.

And to answer mariner58 – East Cowes could get that all from its own waterfront. Not so easy for Bowcombe or Chillerton.