This in from Isle of Wight LINk, in their own words. Ed 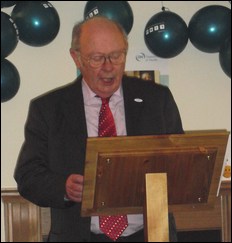 The day was a great success where residents and visitors alike thoroughly enjoyed the events of the day.

Dignity Board a popular choice
One resident and Dignity Champion, John Nicholls designed a Dignity Board where residents could add their thought on dignity; some of these poignant messages included statements such as “I would hate to be caught with my trousers down. That would be ‘undignified'” and “Being able to go to the toilet in private.”

Dignity Tree
Peter Garlick also visited Polars Residential Home in Newport, where residents and visitors were handed a green leaf on arrival and after writing down what they thought dignity is, their leaf was affixed to the Polar’s Dignity Tree.

Peter Garlick, Isle of Wight LINk participant and Dignity Champion said, “On the 25th of February we held our first organised National Dignity day. There were eight events, all diverse and well thought out, all aroused awareness of the need for Dignity on our Island. This Dignity extends from young children, through their school years and into further education, through to the care of the older and infirm in hospitals, care homes and community care. As a result of these activities on Dignity Action Day we have raised our membership from 92 Dignity Champions to 125 Dignity Champions over a matter of days. This to me demonstrates that people do care in our community.”