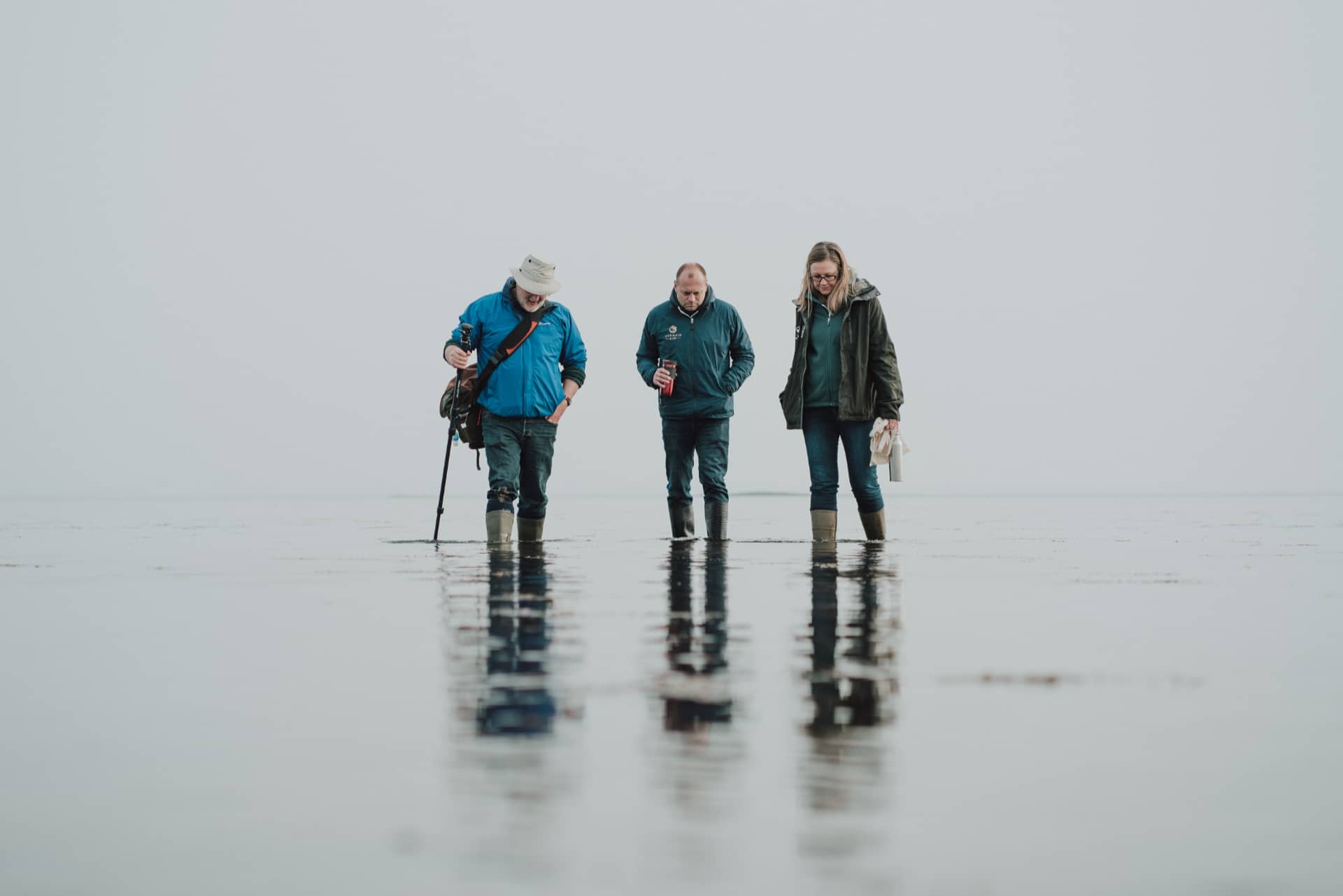 Hampshire & Isle of Wight Wildlife Trust are delighted to announce a new partnership with The Isle of Wight Distillery. The Island-based distillery, and home of Mermaid Gin, has committed its support to the restoration and protection of the Solent strait’s internationally important seagrass meadows.

Seagrass gets its name from green, grass-like leaves which form extensive meadows underwater. It is one of only three marine flowering plants in the world.

Unfortunately, it is estimated that the UK has lost over 92% of its seagrass meadows in the last 100 years – which is why the distillery’s support is much needed.

Baker: Another step in journey to being an environmentally-responsible business
Xavier Baker, Co-Founder of the Isle of Wight Distillery said:

“Through our Net Zero initiative, we’re already supporting seagrass meadows abroad, but wanted to also have impact locally. The Solent’s very dear to us all at the distillery, so we’re delighted to be part of the #WilderSolent initiative.

“Having gone plastic-free two years ago and then achieving Net Zero, it’s just another step in our journey to being an environmentally-responsible business.”

This will involve actively supporting activities such as intertidal and seagrass surveys and beach clean-ups.

“Enabling seagrass to restore to its historical levels needs a multi-faceted approach. Our Solent Seagrass Restoration Project is one part of the puzzle, but equally as important is increasing awareness and support for this incredible marine species.

“This partnership will help inspire others and create a movement of businesses and individuals acting for seagrass, as well as other marine wildlife living in these waters. Together we will create a Wilder Solent”.

News shared by Claire on behalf of Hampshire & Isle of Wight Wildlife Trust, in her own words. Ed

newest oldest most voted
Tamara
That’s great, Xavier. You could hardly have chosen a better local environmental initiative to support than the Wildlife Trust’s Marine Champions. Volunteers choose to specialise in one or more types of activity, designed to raise public awareness of seashore or marine life and the problems they face. It might be recording species of animal and plant life on rocky shores, giving talks to societies and clubs, holding… Read more »
Vote Up190Vote Down
snowwolf1
So pleased to hear that the Solent seagrass meadows are being supported. If we as a race wish to survive we need to look after natural occurrences that allow our planet to live, the sea is the key to survival as anyone would know if they followed the Attenborough series, sea, great forests and the pole caps – three simple things we have slowly destroyed over the… Read more »
Vote Up30Vote Down