Known to many for his voluntary work, Isle of Wight Labour announce their candidate for the General Election 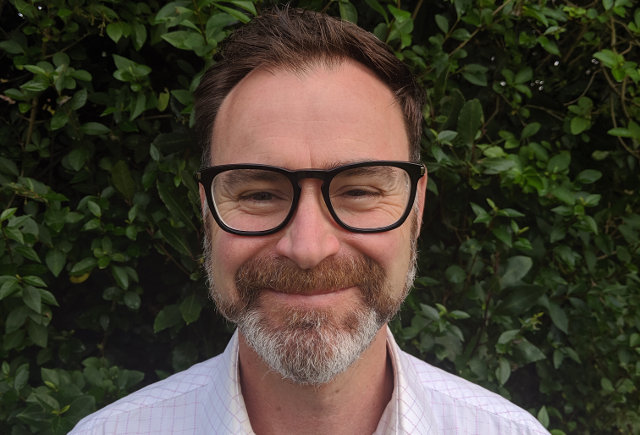 Isle of Wight Labour Party have announced Richard Quigley as their prospective parliamentary candidate for the General Election.

Richard moved to the Island over sixteen years ago and runs a successful business in Cowes, where he lives with his wife and two daughters.

“I am extremely proud to be representing the Labour Party on the Isle of Wight. This General Election provides Islanders, and the country as a whole, with a  clearer choice than we have faced for many years.

“We have all seen how our beautiful island and its people are suffering from the deliberate underfunding of public services. St Mary’s services are being moved to the mainland; our schools are crying out for funding; council services for the elderly and vulnerable families have been cut time and time again.

“I believe a better society is possible. A vote for a Labour government would be a vote for change. Not only would we reverse the cuts made by the Tories to our Island’s police and fire services, schools and NHS over the last decade, but we would go further. Our Green New Deal will create thousands of jobs while tackling climate change. Increasing the minimum wage and protecting employees from exploitation will address the problems of our Island’s low-pay, low-security economy. And only a Labour government will address the key issue of our transport links to the mainland.

“As the Island’s MP I will fight to make sure all Island schools get the resources they need to provide a first rate education for all our children. I will push for more joined up transport strategy on the Island, beginning with the ferries. I will make sure the Isle of Wight benefits from the increase in renewable energy generation under Labour’s Green New Deal. Above all, I will fight to ensure our NHS gets the funding it needs to protect the health and wellbeing of everyone on this Island.

“Some politicians want to make this election all about Brexit. That may suit narrow party interests. But it is about so much more. It will define the future of our country.

“On December 12th, I will proudly vote Labour to secure a better future for our Island and our country.”

Richard will join the other candidates already announced which include The Brexit Party, Conservatives, Greens, one Independent and question marks over the Liberal Democrat candidate (details here).

Written by Julian Critchley on behalf of Island Labour. Ed

Brilliant a local man who understands the needs of this Island. Secure employment, housing, investment in the NHS, education to name a few and someone who is willing to take on the ferry company’s who hold this Island to ransom! He has my vote 🌹

Vote Up65-13Vote Down
Alternative Perspective
Richard acknowledges ‘St Mary’s services are being moved to the mainland’, and says, ‘ Labour would reverse the cuts made by the Tories to our Island’s police and fire services, schools and NHS over the last decade’. But would Labour reverse the trend of outsourcing many of St Mary’s services to other health partners both here on the island and to health providers on the mainland? His… Read more »
Vote Up27-12Vote Down
Geoff Brodie

At last! And not Critchley. I can now vote Labour on the Island for an eighth consecutive time without having to hold my nose. Just a pity that his predecessor has spent the last two years erasing all local name recognition of anyone else Labour, but him.

Vote Up37-28Vote Down
Steve Goodman
Today’s national election news seems largely led by the con’s condescending own goals, kicked off by Rees-Mogg’s ‘I’m much cleverer than the foolish people who couldn’t save themselves in the Grenfell Tower fire’, aggravated by Andrew Bridgen taking time off from suing his brother and trying to trash our economy to tell us that Rees-smug shouldn’t have apologised, before having to apologise himself, followed by the fake… Read more »
Vote Up29-21Vote Down
mikeg

Liking what I see. A worthy successor to Julian Critchley, who if I remember correctly at the last election got the best Labour vote for over a generation. A target to exceed, indeed!

If anyone wants to discuss anything with Richard Quigley his election email is [email protected] He does reply and he gives an honest answer.

Vote Up7-1Vote Down
Geoff Brodie
He does reply – and quickly. He seems a decent bloke from all that I can gather, though I have yet to meet him, not being a party member these days. Sadly my genuine offer to help him out – in the only IW Council ward that has elected a Labour candidate in the past 6 years – was turned down by decision of his agent and… Read more »
Vote Up5-4Vote Down
Mark L Francis

So if we all like Richard Quigley personally, opponents will have to attack Labour on policies, not general smears, innuendo and personal attacks. Mind you they could always misrepresent what they are saying and then attack that.
Worked so far.

Labour cannot win here, and supporting Quigley is just helping the Tories. Just ask Mr Seely who he would want to come second! So long as it’s Labour, the seat is his for life.

Vote Up4-4Vote Down
Rowan
We don’t know that – nobody knows who has the best chance of beating Bob Seely. This election is even less predicatable than normal. I’ve already said I’ll vote for Vix Lowthion because she’d make a great MP, the Green Party have the best policies, and the Island is a top target seat for the Greens. In most other places I’d be voting Labour. And now I… Read more »
Vote Up8-2Vote Down
Colin

Unfortunately the party he represents has the tories best weapons. Corbyn, Macdonnell, Thornbury, Abbott (without Costello and not funny), Watson, Lammy et al. Who would want this load of arguementative backstabbers running the country? Corbyn won’t last much longer as the infighting ramps up after the election.

Well said Colin. However good Richard might be as a candidate he starts off handicapped by head office. What I’d like to know is who does he intend to represent in Westminster, us islanders or the Labour party, and what he would do if a conflict of interests between the two arose?

Vote Up34-36Vote Down
Stewart Blackmore
So, Colin and Tim, you’re perfectly happy voting for Seely, whose voting record is a disgrace on the things that matter to those who have no hope, no money and no prospects if the Tories get back in. And what about those paragons of virtue, Boris, Gove, Hancock and Patel who don’t have an ethical or original thought between them? And let’s not talk about their honesty!… Read more »
Vote Up54-28Vote Down
Geoff Brodie

Vote Up5-9Vote Down
Tim
Stewart, you’ve jumped to rather too many conclusions and are wildly inaccurate. My concerns are that whereas Andrew Turner was amongst the most rebellious MPs frequently defying the party whip to place islanders interests first, Bob Seely has been the exact opposite slavishly following the party line. Having discussed Julian’s intentions on a previous occasion he was adamant that Labour party policies would take precedent of any… Read more »
Vote Up22-4Vote Down
Colin
@stewart. You’re making a wrong assumption there. As this was an article about the labour party I confined my comment to that subject. I could start on the tories if you like, Matt Hancock; looks like a rabbit caught in the headlights and has to slow his speech to keep to his brain speed, not sure he believes what he is saying… how’s that for a bit… Read more »
Vote Up5-3Vote Down
Ian Young
It is perfectly possible, Stewart, to be critical of Corbyn without being a Tory voter. I have met the man many times over the past 35 years and have always, without exception, found there to be far less to him than first meets the eye. Many people of a certain age will also be well aware of the man’s history. They know of the causes and governments… Read more »
Vote Up26-10Vote Down
Colin

And Tom Watson goes. About the only moderate at the labour top table. A remainer with a leave constituency in a party with no direction. Any hope that Labour might have delusionally clung on to has just left. Although there may be many decent labour candidates, the left wing rabble at the top make them unelectable.

Vote Up7-8Vote Down
Rowan
What’s wrong with the Labour MPs you list? What don’t you like about them? If all you dislike is ‘arguementative backstabbers’, are you really saying that they’re the only argumentative MPs in Parliament? Most of them seem to me to be some of the best ones there! Yes some Labour Party members seem to have had it in for Tom Watson, but I haven’t heard of any… Read more »
Vote Up6-3Vote Down
garageelfiniow
I read this with interest. Personally I would never vote Labour on general principal – I dont know this man but read the above and was impressed with his background. He is obviously an intelligent man so why the hell is he aligning himself to a bunch of of loonies ? Can he not see the damage a Labour Government would do with a halfwit Abbott as… Read more »
Vote Up37-64Vote Down
chartman

So vote him in and get Seeley out…. As you say, this man seems a decent chap…..

What evidence do you have that Diane Abbott is a halfwit? She did her degree at Cambridge University, for pity’s sake!

And on what general principles do you object to the Labour Party?