This inspirational 23-year-old Isle of Wight sailor – who was born with cerebral palsy and is confined to a wheelchair – has set off on her latest challenge, to sail across the Atlantic Ocean using her ‘Sip and Puff’ device and raise £30,000 for three charities 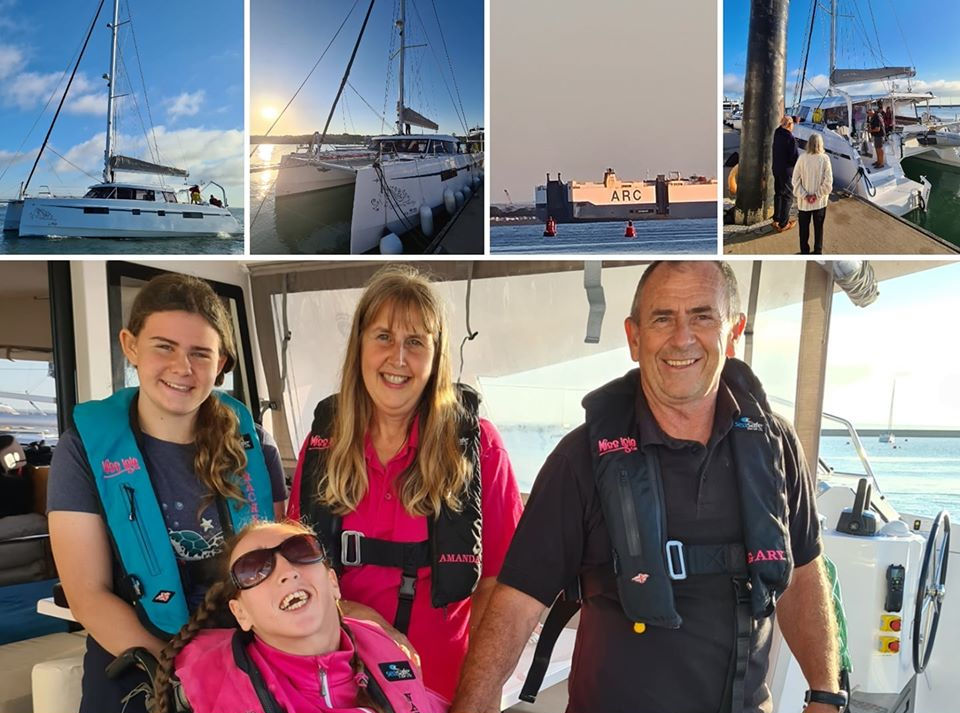 It’s been a while since we shared news with you about the inspirational Isle of Wight sailor, Natasha Lambert. But boy, do we now have some news!

23-year-old Tash set off today (Saturday) on her latest adventure – this time to sail across the Atlantic Ocean on her boat, Blown Away, using the ‘Sip and Puff’ device. She left Cowes today and is heading down to Gibraltar in the first leg of the journey.

Tash is aiming to raise £30,000 for three charities through the challenge; Cowes RNLI Lifeboat, the Ellen MacArthur Cancer Trust and Miss Isle’s School of Sip and Puff sailing.

There have been many, but in 2012 Tash single-handedly sailed around the Isle of Wight using the ‘Sip and Puff’ system – this is a system that lets her sail simply by sipping and puffing on a straw.

In 2016 Tash swapped her wheelchair for her Hart Walker – a stable device which she can propel forward, despite having limited control over her movements – and climbed the 4,080ft Mount CairnGorm Mountain.

Stay up to date with progress
If you were watching BBC South last night you would have seen Tash in action, but if you missed it, you can catch up on BBC iPlayer (14 mins in before 7pm tonight).

Bon voyage Tash and safe journey across the Atlantic. We’ll all be rooting for you.

I used to think (and still do) that Dame Ellen MacArthur was remarkable individual, a one-off inspiration. But the amazing Natasha Lambert is right up there with her, a real hero in a world of 15-minute celebrity wannabes.
This is the first I had heard of her latest exploit, why isn’t it being splashed all over the media? Bon voyage Natasha.

Vote Up190Vote Down
Tamara
I’ve just watched the videos on Natasha’s website of her 500-mile sailing and mountain walking challenge and it’s clear that sailing has given her a life well worth living. But she couldn’t have come so far without the determination and support of her wonderful parents, UKSA and all the other people who have helped and encouraged her. I knew a young woman of Natasha’s age with severe… Read more »
Vote Up40Vote Down