Jonathan Dodd returns with his Sunday column and this week in a roundabout sort of way tackles the subject of Brexit and the EU elections. 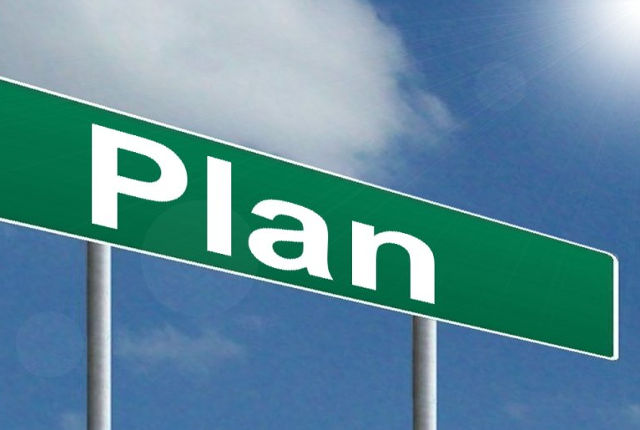 Youngsters can be very cruel and dismissive. Mostly, they grow out of it, and that life thing teaches them a thing or two about taking care, and respect, and looking after themselves and others, and all that stuff. Sometimes not. If we had an answer to all of that, we’d surely deny it, and go on the way we always have anyway. And sometimes we get hold of an idea and we become obsessed with it. The more people question us about it, the harder we dig in our heels, and the further in we get sucked. And we don’t even know it.

I was brought up on a few basic principles. One of them was this – If you find yourself down in a big hole, stop digging. I also understood that the hardest thing to do at that moment is to put down the shovel. I’ve been compelled to jump down and wrestle shovels off people before now, and good friends have done that for me before too. Thanks to all of you. You know who you are. Some of these ideas we get hold of seem to be good at the time, but they’re never well-formed, and they never last. An idea isn’t enough in itself, because it’s like a rudderless boat, with the throttle stuck on fast forward. And the darkness is coming.

Obsessed with retiring
I’ve met many people in my life of work, who become obsessed with retiring. Increasingly, their conversation involves wishing they were retired, and wanting to be retired, and stopping working. Not, you might think, a bad idea or ambition. But what a lot of these people do is to set up the thing itself up ahead, and turn it into a shiny finishing line. Seven years to go. In six months I’ll leave here and never get back. The leaving drink! How wonderful that will taste! I’d always congratulate them and ask them what they’ve got planned. Sometimes they would look at me with a puzzled expression on their faces. ‘What do you mean?’ I’d ask them ‘What are you going to do? ‘What do you mean do?’ they’d reply, ‘I’m just going to retire!’

At moments like that I would feel sad, because I would remember the cruel and dismissive youth I was back in Hove many years ago. It was the fashion then for professional people from London to dream of retiring to the seaside. They’d build up a picture of the bracing air, walks on the promenade, a nice bit of garden, peace and quiet. Stockbrokers and bank managers and solicitors would go to work on the Tube or the train and dream of late mornings and casual clothes and hours siting in a deck chair, and why not? I lived in Hove, and there were roads and roads, whole areas of houses, with gardens, all occupied by single women, who were lonely and bored and didn’t know what to do with themselves.

The sudden absence of activity
It turned out that most of them had moved as soon as their husbands had retired, away from their friends and families and the familiar streets they had always lived in, and bought a house down by the seaside. They dreamed of an idyllic life, stretching on towards the twilight. But the husbands had no practice at having nothing to do, they were used to complex and hard-working busy lives at work, and their brains and bodies crumbled in the sudden absence of activity. They also often had hidden or ignored heart conditions, or high blood-pressure, and instead of relaxing and calming down, they became very stressed, and died of heart attacks quite quickly.

And what were their widows going to do? The old home was sold, the families were too busy to keep visiting, the house was unfamiliar, too large, and increasingly too difficult to maintain. And they had nobody to turn to for advice. I met them at Church, in which I did my enforced service as a choirboy, and I rang their doorbells on Bob-a-Job Week. They proved to be far stronger and more resilient than their husbands, so they lived on for many years. Imagine a whole town of Miss Havishams. Hove was not an ideal place for young people to grow up in. Cruelly, and dismissively, we called it ‘Brighton Cemetery’. I’m not proud of that.

Events in the future that act like finishing lines
I did grow up, and aspired to be more understanding and more caring, had my own children, etc., and I learned an important lesson. We should never set up events in the future that act like finishing lines. Getting married isn’t the whole thing, it’s just the starting pistol for a very long race. You need to keep running if you’re going to have a long marriage. The work and the learning and the adaptation is never going to stop, and in all of that lies the triumph, if you don’t fall too early. Retiring isn’t a thing that you get to, it’s the finishing of a chapter and the start of a new one. You have to know what you’re expecting to do during the new chapter. It isn’t enough just to arrive at that point.

People who already have a life outside the job tend to adapt to retirement easier. Gardeners, and model train enthusiasts, and painters, and musicians in their spare time, can indulge their passions more. If you have nothing to replace your working life with, all that time can become a hole you fall into, and you can get lost down there without a friend to grab hold of your shovel. You need to be prepared. You need a plan. Even if you find you’re not doing the thing you expected to be doing, that’s fine, because, as we all know, a plan is just a plan. You’ve got to have one, but you don’t need to stick with it, and you need to be able to change it at a moment’s notice. It’s the thing you do unless or until there’s something better. A person who refuses to change their plan gets into deep trouble very quickly.

Once you’ve gone through the door and it shuts behind you
All this has been leading to my problem with the state of the nation right now. All my instincts tell me that it doesn’t really matter what you decide to do, as long as you have a coherent plan for what you’re expecting to do. The details can vary as you get on with it, but you have to set out expecting a certain kind of weather, and prepared for it. You can jettison warm clothes if the weather’s too hot, but you’ll have to turn back if you only have shorts and a blizzard blows up. We had a referendum, and lots of people voted to leave, but I haven’t yet heard any of them produce anything like a plan. All their pronouncements sound very like those who just want to retire. Just Leave makes a good soundbite, but unless there’s an actual course of action, it becomes ridiculous. You have to locate a door, make sure it’s not locked, and you have to have some idea of what you’re going to do once you’ve gone through the door and it shuts behind you.

There’s a lot of talk about colonising other planets. The planning has to be meticulous for such an expedition, because there’s no going to the corner shop if you run out of food or oxygen, or you get appendicitis. It’s a serious business, leaving the planet. Leaving the EU is not so serious, but it still needs to be planned, and we haven’t got a plan or an agreed direction, or anything, as far as I can see. So far, thankfully, we haven’t gone out of that door into that unknown place, and I’m glad. I voted Remain because I believe in the European dream. I don’t buy the faceless bureaucrats thing, because we’re perfectly capable of producing our own far too easily already, and I like a bit of variety and lots of freedom of travel. But I’m willing to leave once I know what it’ll look like. Please show me, someone. Anyone.

I’ve seen what happens if you don’t have a plan
I know there was a vote, and I know it was faulty and skewed and done in a stupid way, and I don’t have a problem with fulfilling the result of that vote. I just want us to have some idea of what we think we’re going to do and how we think the country will look like after we leave. I don’t even mind if that picture changes once we’re out, but I have strong objections in just leaving without a plan, with everyone still arguing about what it means. There’s no harm in waiting a bit longer until we agree on a version of the future. That’s why I’m going to vote in this week’s EU elections, and that’s why I want to have more time to talk and decide amongst ourselves what we actually want to do before we turn out the light and step into whatever it is we expect to have to live in when the time comes. We have to know where we’re going to assemble once we exit the building.

I’ve seen what happens if you don’t have a plan, and it’s not pretty. Believe me. I’ve lived in Hove.

Someone at work said to me “I understand that you will be retiring to the Isle of Wight”. Then he said “won’t you feel rather cut-off over there ?” I replied “That’s the whole point of going there !”

I asked an elderly resident if he had lived here all his life….
“Not yet” he replied.

Vote Up100Vote Down
lifewriterbutmainlybeer
Retirement for me was not just about leaving the daily grind, but about having more time for my various hobbies. One of these, has been learning more, writing about, and educating others about beer. I thought I knew quite a lot about it, having home-brewed on and off for decades and consumed various samples! This evening I am enjoying Botanic Pale Ale, made with Ventnor Botanical Garden’s… Read more »
Vote Up40Vote Down
oldie

It would be interesting to speculate if old people weren’t allowed to be politicians this week. No May, Corbyn or Vince Cable.

Vote Up5-2Vote Down
greenhey
An interesting, and usually unanticipated facet of retirement is when couples who have spent 40 years separately in working hours are now all day and all week in each others’ company. There’s a considerable adjustment needed, and indeed exploration of who this person is who is now your constant companion. Possibly lifetime habits and friendships have to accommodate the “two-ness” of you. A classic is the partner… Read more »
Vote Up10Vote Down
Mark L Francis

My son – one of those Millenial types we keep reading about in the Daily Mail – and he reckons that old people should not be allowed to vote if they are unlikely to be alive to see the results of their voting.

So you are saying that elderly people should not be allowed to vote for what they believe would be the right way forward for their children and grandchildren?