The by-election has been prompted by the resignation of previous Labour councillor, Julia Baker-Smith. 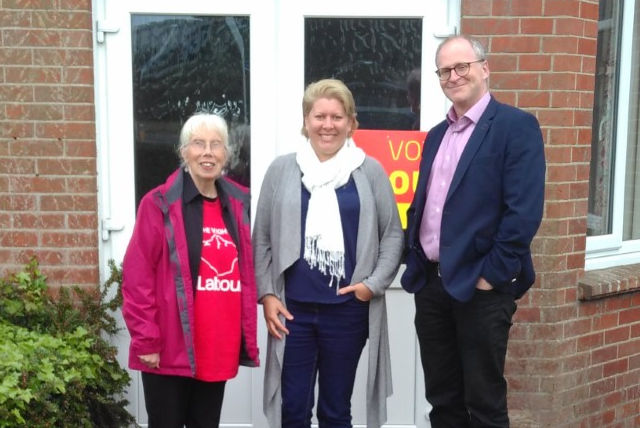 Island Labour’s Cowes and East Cowes Branch has selected Luisa Hillard as candidate for the forthcoming County Council by-election in Whippingham and Osborne. The by-election was prompted by the resignation of previous Labour councillor Julia Baker-Smith.

“Whippingham and Osborne is a diverse community with each area having different issues and needs, which will require a balance to make sure that every resident feels represented and supported. I will make myself accessible to residents at regular drop-in sessions across the ward and via my active Facebook page, and I will reply quickly to calls and emails, just as I did during my previous term as a Councillor. I hope residents will have confidence in my ability and willingness to work hard for our area.

“All three of my children will have gone to Queensgate Foundation Primary, with my youngest due to start in September. So I have ties to the ward: doing the school run, using the local parks/playgrounds and having also been a parent governor at the school.

“Having worked closely with former Councillor Julia Baker-Smith on several projects, I understand many of the current issues and those that can be expected to arise in the next few years, such as pressure from government to build more housing estates, and the completion of Folly Reach.

“I will be ready to oppose any further large scale developments in the woods and fields in and around Whippingham, as I believe that we must preserve the natural environment which gives such character to the area.

“I’d also like to push for the completion of the East Cowes to Newport cycle track, having already overseen the installation of Newport to Island Harbour section. Plus, make sure that the Coastal Path does not disturb local residents, that the community bus continues to support isolated residents, and that I can hold the Council to account in delivering local services, be that repairing pot holes in a timely manner, or emptying bins.”

The by-election is expected to take place in June.

newest oldest most voted
eastcowes
Unfortunately I can’t support Luisa for several reasons. I also find it strange that she was very against the Labour Party when she was an Independent – and against all political parties quite vocally – and now she has become Labour. As a Labour person, I’d like to say that she saw the light, but I’m seeing ‘red’ as it feels like opportunism to have political party… Read more »
Vote Up21-16Vote Down
peterj

I don’t find it strange at all. Labour were a very different party when she was an independent councillor. Since then they have new leadership, have rooted out most of the despicable blairite neoliberal types and have shifted noticeably to the left. They have also regained my support for that exact reason.

Looking forward to seeing the full list of candidates.
So far only two contenders live in the Ward of Osborne and Whippingham, and are also currently local town councillors, viz. Cllr Paler and Cllr Hendry.

If Mr Hendry still lives where it says on the East Cowes town council website he actually lives in the ‘East Cowes’ ward. Same as the Labour candidate, Luisa Hillard.

Mr Hendry was comprehensively beaten by the local independent candidate in 2013, in a 2-horse race. And that was when the Tories weren’t in free fall.

So Cllr Paler is the only truly local candidate thus far.
Should be a walkover for this independent contender.