Letter: Diamond Races ‘an extreme threat to safety and well-being of residents, families, cyclists and walkers’

This readers believes the Isle of Wight TT – Diamond Races would be “an extreme threat to the safety and well being of the residents, and the many families, cyclists and walkers the Island has worked so hard to attract” 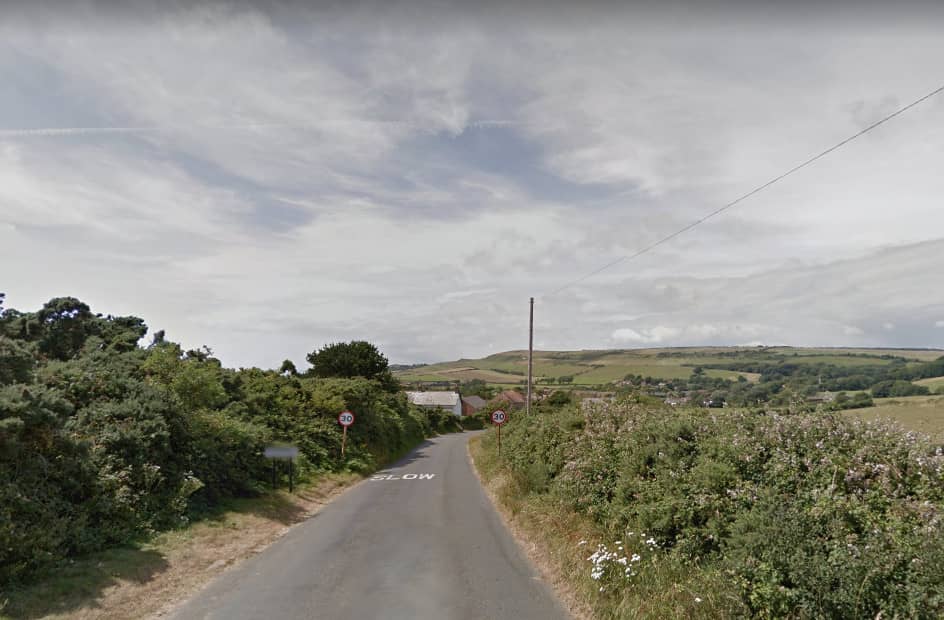 We live a few metres from the proposed Diamond Race motorcycle route, and we are extremely concerned both for safety and environmental reasons and totally opposed to high speed vehicles, travelling at up to 100mph through our village.

Is it common practice for houses to be situated on the edge of race tracks?

The length of time, preparation, event and aftermath for which roads and people’s lives will be disrupted, appears to be totally under-estimated.

The barest of facts
Most people round here are almost completely unaware of scale or impact, because their main source of information was a strip of paper pushed through doors with the barest facts. They think it will all be over in a couple of days.

It is appalling there was no previous consultation. What about the lack of access for carers, for the older, vulnerable people? There are many in the areas most affected.

Noise is heard till late at night.

Safety concerns for others
Residents of the Isle of Man say bikers come from all over Europe to ride the route, throughout the year. What about safety considerations for walkers, cyclists and the many people who visit the Isle of Wight with their young families? For animals and wild life in this wonderful AONB?

How is this compatible with UNESCO Biosphere Reserve status? What about accompanying high levels of noise and pollution? Climate emergency, anyone remember?

Strongly object
We strongly urge the Council, not to let this event go ahead in this beautiful, still sometimes tranquil part of the Isle of Wight, with its many narrow roads and blind bends.

The race, with year-round ramifications is an extreme threat to the safety and well being of the residents, and the many families, cyclists and walkers the Island has worked so hard to attract.

30 Comments on "Letter: Diamond Races ‘an extreme threat to safety and well-being of residents, families, cyclists and walkers’"

The big problem with this Diamond Race is not the fact of it. It’s the manner in which it has been suddenly imposed on residents with the full, secretively arranged, backing of Dave Stewart but without any proper consultation with the people affected.

Whatever the pros and cons of the event itself it is now tainted by the suspicion of back room agreements on the sly!

Vote Up145-12Vote Down
Colin
@ mariner58 Exactly right. Presenting this as a done deal has got many people’s backs up. A loosely worded last minute bit of paper through some letterboxes the day before the public announcement does not constitute consultation. If this is a taster of what is to come, then I think people are right to have concerns. Chale parish council has requested an open meeting with the organisers… Read more »
Vote Up106-2Vote Down
hermit

Not at all, there is an open meeting on 9th September at Chequers Inn that Chale Parish Council have known about for weeks. If they choose not to attend, that’s the Parish Councils problem.

The point is that the meeting should have been held long before the announcement with the backing of the leader of the IW Council was made.

Not some half baked afterthought.

Vote Up95-5Vote Down
Colin
Thanks for the info Hermit. I don’t know where they are advertising because I haven’t seen it. I have registered for info on their website and am yet to receive anything. I was told that the last proposed meeting there was cancelled at short notice and I didn’t know about that one either. The Chequers isn’t in the area, I would have thought the village halls or… Read more »
Vote Up680Vote Down
susan

I know very little about the pros and cons of this proposed racing event, but having just spent 30minute locked in a snails pace of traffic queuing up between Cowes to Newport, and unable to use the floating bridge to get speedily to my appointment in Ryde, I can only conclude that anything Cllr Dave Stewart enthusiastically supports is going to be doomed to failure.

Spot on Susan; pity it’s not his own money he’s wasting on hair-brained ideas, sadly it’s ours! The sooner he’s voted out the better 👍

Why is Dave Stewart continually getting away with self interest roll on election time.

Vote Up67-3Vote Down
Colin
Unfortunately, I don’t think the Unesco Biosphere status is worth the paper it’s written on. It outwardly appears to be living in harmony touchy-feely but then the Isle of Man also holds Biosphere status. It is just another name tag to be used when it suits. A bit like eco-Island, bicycle Island, walkers Island, dinosaur Island and all the other tags trotted out to suit any given… Read more »
Vote Up127-3Vote Down
kerry
There is a reason why motor racing events are conducted on very controlled racing track environments, where for safety reasons the public are kept well away. The Isle of Man TT race is one of the most dangerous in the world, with an average of over two deaths per year, that’s quite apart from the numerous serious injuries. Why would you want to replicate that on the… Read more »
Vote Up157-76Vote Down
JossS

Very sexist comment as many men and women across all ages are interested in road racing. Many motorbike racing events are held on closed roads all across the country. The TT is not the only one.

Absolutely right ! We do not need this !

Meanwhile back in the real world: Like all minorities they are entitled to their view BUT its out of touch with the majority certainly on the south side of the Island and sadly the Islands Economy cannot rely on walkers etc to keep the money rolling in.

On what basis do you think your view represents the majority?

Vote Up46-31Vote Down
walkingwizard
I would like to answer some of the questions raised in this post. 1) Yes, it is common practise to have houses situated on the edge of road race circuits. That is because the bikes race on roads and, the very point of roads is to covey people to their homes, hence they will be side by side, and this is the case with all road race… Read more »
Vote Up117-152Vote Down
Fenders

Vote Up19-49Vote Down
JossS
Bet you don’t live on route walkingwizard; those affected absolutely have a right to air their justifiable concerns about noise, air pollution, the very real threat to wildlife and human life. Too much of what I read always centres solely around business profit. We as residents HAVE A VOICE, WE HAVE TO LIVE HERE ALL YEAR AROUND and deal with the dangerous aftermath. Those that come on… Read more »
Vote Up120-56Vote Down
walkingwizard
Please don’t shout. It’s so rude. I live on a route that has ferry traffic. I don’t complain when there is an increase due to Festival, Scooter rally, Cowes week etc etc as I know the Island needs it to survive. You show your true colours in your final sentence. You don’t want holiday makers here even though we are a holiday Isle. The community in which… Read more »
Vote Up54-99Vote Down
wellsm

No need to shout is there.

Vote Up5-25Vote Down
chausettes
As a former resident of an area directly affected by this proposed event, I’m all for it! I appreciate some of the concerns, but I truly believe the first event will be the best way to establish the viability of anything more long-term. With rare exception, there are always people out driving/riding on those roads who are a liability to others, with little regard for speed limits… Read more »
Vote Up77-127Vote Down
alisonjane
This would be fantastic for the Isle Of Wight. Great exposure for future events and much needed money into the Island economy. It is for a weekend only. Ryde hosts the Scooter Rally, which is made up of families and those aged mainly in their 50s-60s. Newport has the Isle Of Wight Festival. Both bring tourists, not just for the time they are on but also people… Read more »
Vote Up52-132Vote Down
Dalek

Totally agree. Let’s get this done and get more visitors here.

I guess we are both of JossS’ Xmas card list. 😀

Vote Up6-15Vote Down
Spartacus
It’s very clear that business and certain councillors run and control this Island with maximising profit being a priority rather than giving due consideration to people that live here. I am sick to death of the same old rhetoric, tourists, tourists, tourists, cyclists who are a law unto themselves, now it’s motorbike nonsense, second home owners it’s pathetic. Lets stop this selfishness ‘as long as I’m all… Read more »
Vote Up30-24Vote Down
walkingwizard

Business does indeed run the Island. How do you think people earn money to live on the Island. Working for businesses big and small. Whether you like it or not this Island survives with the income from holiday makers.