Liam reviews Something’s Gotta Give and he’s not impressed.

The Island Libraries might be closed today, but when they re-open you can hire a DVD for just 98p per night. Read on for Liam’s next review of films you can hire (nor not) from the Library. Ed 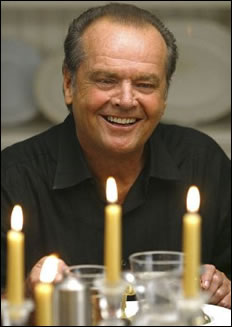 In-flight movies of an American nature seem to be a genre all to themselves and ‘Something’s Gotta Give’ is an all-star movie that would seem to be made for an audience who are detached momentarily from the planet Earth and are therefore cruising at around 30,000 feet.

However, when viewed on DVD at closer ground level, the force of gravity causes the viewer to question the movie a little too much, to be rather critical.

‘Something’s Gotta Give’ is as shallow a movie that Nancy Meyers could have made.

The whole experience is to watch in stunned disbelief and high embarrassment at three of the most famous faces in American movies come together and smile – a great deal.

The dialogue of ‘Something’s Gotta Give’ seems to be questionable from the very beginning and the characters are so vacuous that the whole experience beggers belief.

Diane Keaton, who is a legend in her own lifetime, is unfortunately wasted as the lead character and yet ‘Something’s Gotta Give’ is pretty much a homage to her and Jack Nicholson.

A rather intellectual American writer and director called Hal Hartley, once wrote an observant line of dialogue in one of his films that encompasses the problem with a great number of American movies: “Always a tragedy with a happy ending…”

This, it would seem you might not want on your mind when 30,000 feet from the planet Earth’s surface.