Portsmouth and Southampton ports are the key gateways to the Isle of Wight. Mainland council are discussing their no-deal Brexit plans exposing predicted issues. Why are IWC silent? 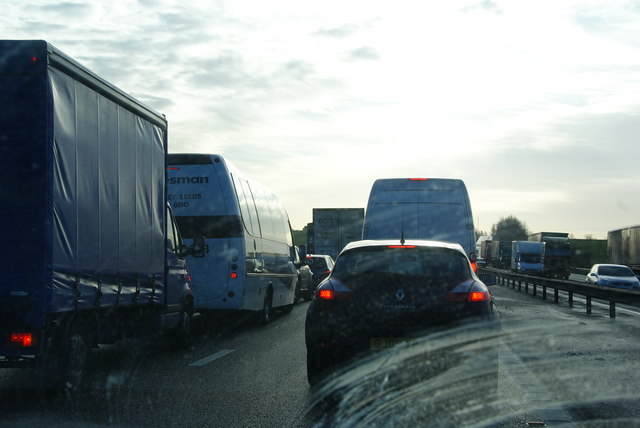 To date Isle of Wight council’s transparency on their Brexit plans has been extremely lax. The latest example has been their zero-response to OnTheWight’s two simple questions on their No-deal Brexit plans.

Planning in public doesn’t appear to be an issue with councils on the Mainland. Ed

Two of the Hampshire’s biggest councils are preparing for the impacts of Brexit, with traffic misery forecast if no deal is reached. This, it has been predicted, will come from disruptions at both Southampton’s and Portsmouth’s ports.

Last week the no-deal Brexit plans for Portsmouth were likened to a ‘Dad’s Army comedy. This week Southampton City Council will consider the impact of a no-deal Brexit.

Availability of essential supplies
In a paper to be discussed by cabinet members at Southampton City Council this week, it notes that as well as the traffic issues, the availability of ‘essential’ supplies, such as medicines or food, could also become an issue.

The county’s waste disposal – because of material exportation delays, and new port IT systems not being operational, as well as the lack of business knowledge about export certificates, are other disruptive factors being considered.

These are all issues that the council believes may arise within 90 days of splitting from the European Union on 29th March.

Perry: Congestion could affect rest of county
Hampshire County Council’s leader has also revealed that his authority is preparing for the divorce.

“The biggest concern in this part of the world is the impacts on the ports of Hampshire.

“There could be congestion in Portsmouth which could affect the road network in the rest of the county.

“I have asked the government for adequate funding [to prepare and resolve the issue].”

Long term issues
However, it isn’t just the short term problems that will be looked at, according to documents released by Southampton City Council.

Long term impacts on the county, it is suggested, could include the economic disruption which Brexit brings. This could lead to the “failure of care providers”, an increase in cost of ‘essential’ supplies, reduction in use of the ports, and also an impact of the council’s finances.

Loss of medicines
A loss of workers, and shortage of vaccines and medicines are other issues being debated.

This comes after a meeting between local authorities, emergency services, and MPs was held to look at what could arise from 29th March.

“This was an important opportunity for Hampshire’s public sector organisations to talk to Hampshire’s MPs about the pressing issues we are facing, and share with them the resilience plans we have in place ready for various potentialities depending on the outcome of the Brexit negotiations.

“We will continue to keep all local MPs informed of how Hampshire is preparing for various scenarios, so they can make any necessary representations to Government on Hampshire’s behalf.

“A key issue we face is the extra costs associated with the contingency plans we are putting in place to minimise the impact of any uncertainty on local businesses and residents, whatever happens after 29th March.”

Image: Bill Boaden under CC BY 2.0

2 Comments on "Mainland councils predicting traffic misery at ports in no-deal Brexit plans. What about IWC?"

I could do you a cheap ferry service.
I don’t have any boats yet, or anything really, but that won’t be a problem. Trust me.(No cheques)

Vote Up90Vote Down
redstream
Most of this reporting is hysterical nonsense. There has been extensive engagement with industry business, the supply chain operators over the past three months from HMRC, DEFRa, DExEU and the Border Force with new instructions issued and relaxation of goods clearance procedures. Southampton and Portsmouth are long distance international ports with the majority of goods coming in containers. At the margins, there are possible difficulties with documentation… Read more »
Vote Up14-15Vote Down