Make sure you are registered to vote in the General Election

Details within of how to check whether you are registered to vote and how to sign up if you are not. Don’t leave it too late, the deadline is Tuesday 26 November 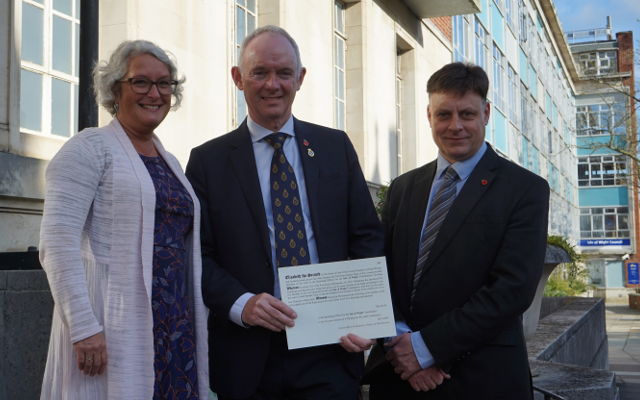 The Island has officially received the ‘writ from the clerk to the crown’ for the general election.

This official part of the process for a general election was overseen by Geoff Underwood, High Sheriff of the Isle of Wight and returning officer for parliamentary elections, and Claire Shand, acting returning officer.

The writ is issued by the Lord Chancellor and commands that an election be held for a member of Parliament for the Isle of Wight Constituency.

Once the count is complete following the general election on 12th December, to formalise the result, the returning officer must write the name of the winning candidate on the writ and return it to the clerk to the crown, who is based in the Houses of Parliament.

The day-to-day arrangements for the election on the Island are discharged by the acting returning officer.

The simplest and easiest way to check if you are registered register is online and filling out the form, which takes around five minutes.

You will need your date of birth and national insurance number when completing this process to register.

Further information can be found on the council’s Website.

The link for checking registration on-line goes to a national website with a further link to an IW Council website page. This does not appear to include a way of checking on-line, only a phone number, which requires a further click to discover…