Andrew Turner, the Island’s MP, has welcomed the news that the London Olympic Games Organising Committee (LOGOC) has backed down from their threat to sue an Island entrepreneur who is using the year ‘2012’ in her company name.

This in from Andrew Turner’s Office, in their own words. Ed 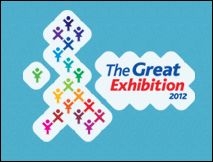 Andrew Turner, the Island’s MP, has welcomed the news that the London Olympic Games Organising Committee (LOGOC) has backed down from their threat to sue an Island entrepreneur who is using the year ‘2012’ in her company name.

Whippingham resident Julie Benson, founder of The Great Exhibition 2012, which will showcase the best of British Arts and Industry next year was threatened with legal action by LOGOC under the London Olympic Games and Paralympic Act 2006, because they claimed that the term ‘2012’ is now ‘widely used in the UK’ as a reference to the London Olympic Games and they must protect their sponsors rights to ‘exclusively use Games related terminology’.

To laughter from MPs, Mr Turner joked during Business Questions that he wanted reassurance from the Leader of the House, Sir George Young MP, for ‘Julie Benson, and printers of diaries and calendars everywhere””that the Act does not confer on LOCOG exclusive rights to any number or date’.

He also asked the Leader of the House to confirm that Members of Parliament would not have to rely on Parliamentary Privilege in order to talk about next year. Sir George Young responded that although he agreed with Mr Turner that there was no monopoly on 2012, he did not want to get involved in a legal dispute between companies.

Claim is “quite simply ridiculous”, says Turner
Mr Turner commented, “Julie recently told me about her plans to promote the best of Britain next year and it was clear that it was nothing to do with the Olympic Games. I was astounded at the letter from LOGOC. Of course they can protect their logos and trademark but to claim that in some way they own the rights to use the term 2012 is quite simply ridiculous.

“I am glad they have backed down but what is worrying that they were threatening a small business with this action anyway. By chance I yesterday received an e-mail from Farnborough International Airshow 2012 – I am not a gambling man but I would be willing to bet that they haven’t threatened them with legal action!

“The e-mail withdrawing their threat of legal action is also quite extraordinary – among other things it ‘clarifies’ that Julie can use the words ‘endurance, motivation, spirit or endeavour’ as part of her business and that she can make ‘references’ to the year 2012. I will be following this up with them.”

Julie Benson said, “I want to thank Andrew for acting on my plight and supporting me. It is a triumph for the Island and for the little people. After an emotional half-hour conversation with LOGOC yesterday I didn’t think I would get through all this and all my work would have been for nothing. Seeing Andrew speak up for me in the House of Commons made me realise that ordinary people can achieve extraordinary things.”

so on the very same day Andreww (lost cause) Turner stands up in Parliament she receives and E.mail….seems a bit of a coincidence as the notes from that session have not even been circulated yet…or just another case of AT claiming success

Vote Up00Vote Down
anon
or perhaps, being a politician, he simply didnt want to announce success until they had it in writing. I wouldnt be at all surprised if there had been some behind the scenes work from Turner on this one. Ordinarily Im not a Turner supporter, but in this case thank christ for a bit of common sense, and if Turner put his weight behind the company without publicly… Read more »
Vote Up00Vote Down
Chris H

Why do some people always take a negative view of things. Andrew Turner did well and using humor highlighted the ridiculous nature of the LOGOC claim.

or…just jumped on another bandwagon

Vote Up00Vote Down
anon
why is it called a bandwagon? is it powered by elastic bands? the more i think about it, perhaps Turner came late to the game. Maybe he offered to ask questions in parliament, but by the time he got the chance, events had moved on. In any case, No. 5, I dont think theres any need for such cynicisim. Turner is often an ineffective waste of time.… Read more »
Vote Up00Vote Down
Evie

Either way. Thanks to Andrew many others, Julie and common sense the Great Exhibition 2012 can move onwards and upwards towards a fantastic Exhibition of all things great in Britain

Perhaps Sebastian “Lord” Coe should sue if anyone else uses the name “complete and utter tosser”.

Vote Up00Vote Down
OBE
The County Press is running a story that MacMillan Cancer Support has urged Conservative MP Andrew Turner to speak up for people with cancer so they are not penalised in the Welfare Reform Bill currently working its way through parliament. It will be interesting to read his reaction. If there is any at all it will be cribbed from the ‘party machine’. But more likely it will… Read more »
Vote Up00Vote Down
Asite2c
After going through a ridiculous medical test with the private medical company called Atos, many cancer patients, people with mental illnesses and other serious health problems are being told by the DWP they are fit for work and put onto Job Seekers Allowance instead of Employment and Support Allowance. This medical test is a disgrace, flawed and causing a lot of misery and suffering to many people… Read more »
Vote Up00Vote Down