We reckon it’s a great choice and look forward to exciting times ahead. 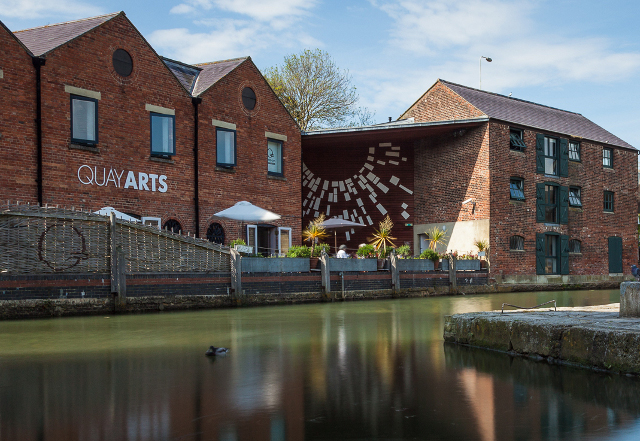 Great news from Quay Arts on the appointment of their new General Manager. Ed

Quay Arts’ Trustees are delighted to announce the appointment of Paul Armfield to this new, part-time role, from 1st June 2016.

Following the decision of the current Operations Manager, Ian Davison, to leave the organisation, trustees have taken the decision to create a new part-time role to lead on the arts development of Quay Arts, whilst also providing an overview of its commercial operations.

Jacqui Cusack will relinquish her role as Arts Manager to concentrate on participatory activities at the Centre.

Well-known on the Island arts scene
Paul Armfield is a well-known and respected Island musician and personality on the Island’s arts scene and also has strong commercial experience, having run Ottakars (later Waterstones) bookstore in Newport for many years. As a charity, Quay Arts is totally self-financed and relies on the ongoing support of the Island community, through its QuayHolders’ regular giving scheme, events such as the recent Art of Food evening with chef Robert Thompson, use of its café and shop and its classes and workshops programme. By these means the organisation delivers its overriding aim of being an ‘open door to the Arts by inspiring and enabling the creative imagination and ambition of people of the Isle of Wight’.

“Paul is very well-placed to enable Quay Arts to fulfil our vision. We welcome him into this new role and look forward to working with him in what will undoubtedly be an exciting and challenging new phase in our fortunes.”

“I look forward to working closely with the Island’s artistic and creative communities to create countless opportunities to celebrate and shout about their work. It’s an incredible building that is the Island’s cultural heart and soul and I’m honoured to have been entrusted with that legacy.”

Oh this is just the *best* news all day. What an inspired appointment! Really excited about the future at Quay Arts. Congratulations Paul!

Congratulations Paul…what a coup they have made by getting you into that placement.
Wise decision best man for the job!

Well done ,Paul. They could not have picked a better man for the job

Absolutely brilliant, brought alive the bookshop, plays all over the Island for loads of events, lovely guy, great appointment. Best of luck Paul!