Another date for your diaries, as the Quay Arts Folk Club returns online this coming Sunday evening. As well as a number of Isle of Wight singers, you can see headliners Vicky Swan and Jonny Dyer from Essex. 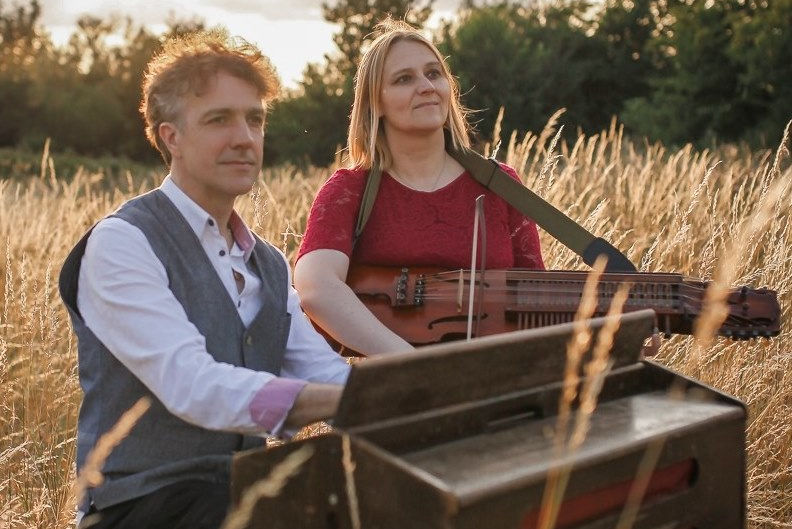 “The folk evenings have become very popular and venues like Quay Arts are an important part of artistic life on the Island. Until things get fully back to normal we’re putting on regular online events to help raise money for Quay Arts.”

A key member of the team is another local folk singer, John Hacker, who is fast becoming a technical wizard with the video editing software and technical side of streaming events. “Who says you can’t teach an old dog new tricks!” commented John.

Where and when
Starting on Sunday 26th July at 7.30 pm the Quay Arts Folk Club will be streamed on Facebook and YouTube (see links below).

The evening will feature over two hours of top-notch folk music. Local folk band Coppersmith will open the evening and be followed by short floor spots from local folk club singers Lindsay Flaxmer, Mike Butler and Tony Nicol along with story-teller Sue Bailey.

Headlining the evening will be Vicky Swan and Jonny Dyer. Hailing from Essex, the duo play a range of instruments including the Swedish nykleharpa and cow horn.

They have a wide-ranging repertoire which blends traditional and contemporary folk music along with their self-penned songs and tunes. Regulars at folk clubs and festivals up and down the land they have a warm and winning way with the audience.

Although the Quay has recently re-opened its cafe and gallery they are still unable to stage live events and need on-going support to survive. Listeners to the Folk Club event are urged to make a donation to the Quay.

Readers can find out more about the event by searching on Facebook for Isolation Row Virtual Folk Festival or Quay Folk Club. The evening will be streamed on YouTube – search for Quay Folk Club July 2020.