Want to try and forget that it’s raining? We’ve got some videos of the super sunny Ventnor Boxing Day Swim. 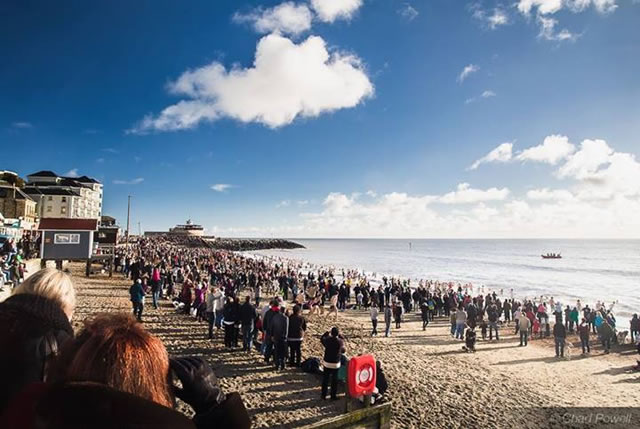 The Ventnor Boxing Day Swim 2013 was full of sunshine, so a perfect antidote to the rain that’s hanging around today on the Isle of Wight.

Each year the numbers of those attending the PATCH fundraiser appear to increase, as do those of the brave souls that don various forms of swimming gear and fancy dress to make the plunge into the sea.

PATCH – which the collections on the day are for – is a local cancer charity.

This year there were even more people with video cameras recording the event, so below, alongside our own, is a gathering of some of the other video that are available on YouTube.

newest oldest most voted
Linda Chester
Thanks! It sure is days like Boxing Day, and that beautiful day we had last Sunday, that remind me why I chose to make Ventnor my home. Thanks too for update of weather warnings which helped me to decide not to travel but to stay put….just think what I would have missed if I’d gone to the big Island! Wishing you a very HAPPY NEW YEAR full… Read more »
Vote Up00Vote Down
Mark L Francis

We were out with the IOW Ramblers in St Helens. Beautiful day. Missed all the rain.