This is the second year in a row that volunteers from Island Roads has helped in conserving the iconic Needles Batteries. 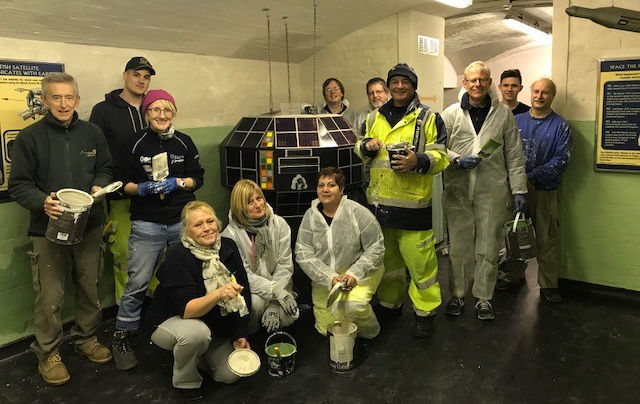 Volunteers from Island Roads have once again joined in the annual winter maintenance programme at the Needles Old and New Battery.

Eight volunteers undertook a range of maintenance activities including preparing surfaces and painting alongside staff and volunteers from the battery which is owned and operated by the National Trust.

“This is the second time we have spent a day working at the battery and – once again – we have found it both rewarding and extremely interesting.

“Island Roads also recently supported the trust’s annual goat herding which was another very worthwhile day. We always enjoy supporting the work of the National Trust and we look forward to working with the organisation, its staff and its volunteers again next year.”

“Every year, the Needles Old & New Battery is visited by thousands – young and old – who enjoy the best views of the famous rocks and lighthouse, and learning about the history of this iconic site.

“Over the season, the Needles Batteries become a little battered and bruised from the strong winds and sea air. This is the second year in a row that Island Roads has helped us in conserving the Needles Batteries and we were delighted enthusiastic members of the Island Roads team took the time out of their busy schedules and braced the winter gales to help us protect this iconic place.”

Could the goat-herding skills be harnessed for use in the IW Council Chamber?