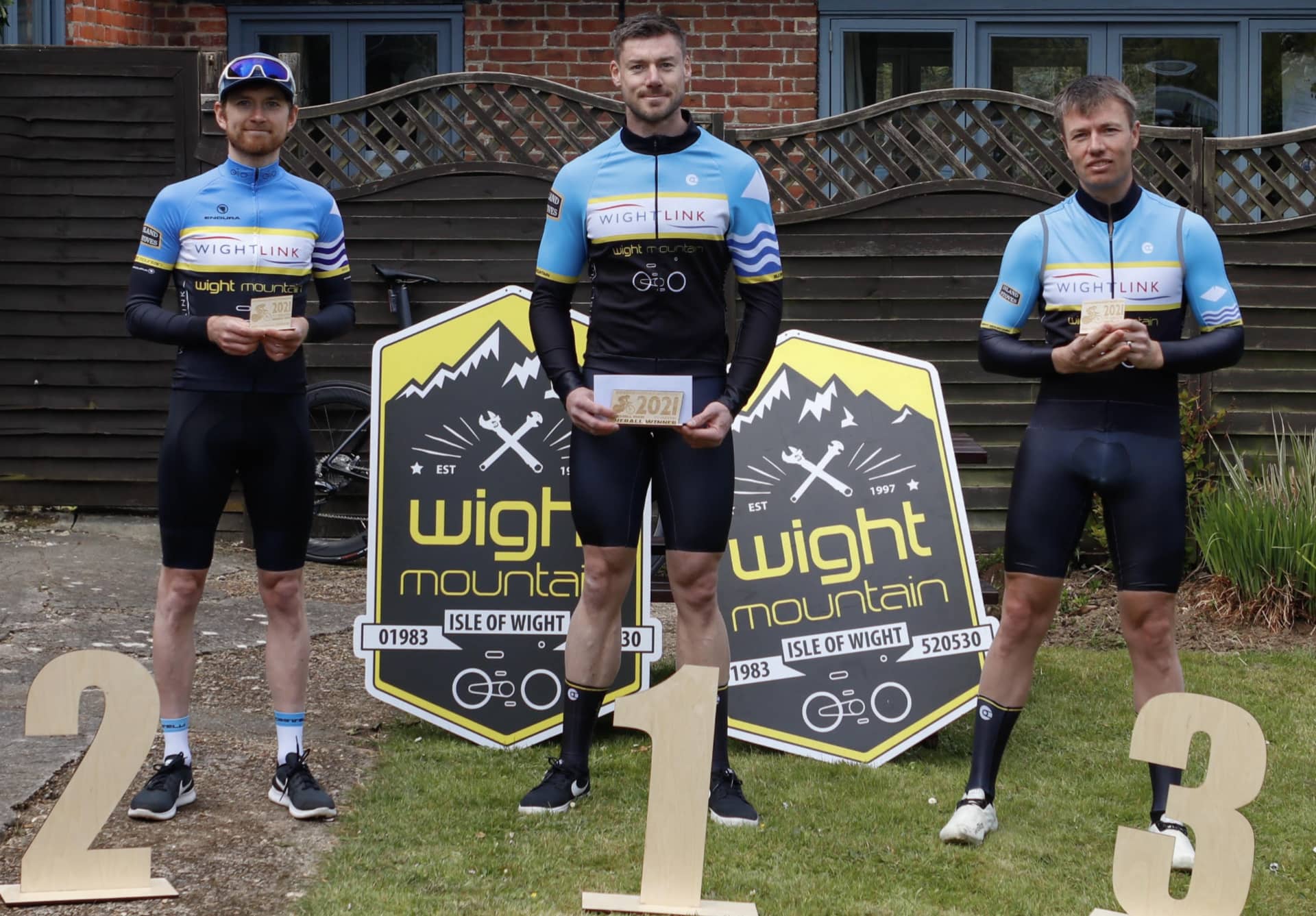 After many months of waiting for the green light from the Government to begin racing, the first round of the Wightlink-Wight Mountain Time Trial Series took place on Sunday (18th April).

Despite this being one of the more challenging TT courses on the Island, riders were keen to get their racing season underway and the 60 places available were filled in no time.

All competitors stepped up to the mark
Riders from the Wightlink-Wight Mountain team, various Island clubs and several independent cyclists, joined together again to compete in the various categories.

All the competitors stepped up to the mark in the favourable conditions and there were some amazingly fast times and personal records set.

Kev Chant again proved to be the strongest rider on the day and powered his way home, with an average speed of over 27mph, crossing the finish line in an impressive time of 28 minutes and 13 seconds.

Simon Ambrosini again proved that he is still a class act by taking the 50+ Vet category top spot in 30.21, finishing fourth overall in the field and Pete Moore, who has managed to fight his way back to fitness after suffering horrific injuries in a road accident in 2019, took the ‘Super Vet’ title, coming home in a time of 40.06.

Other categories
In the other categories, the fastest Non-WLWM rider to cross the line was Henry Farrell (Full Gas) in a time of 31.13 and Faye Faber (CycleCoach.com) romped home for the Ladies in 32.36.

In the Junior categories, James Fletcher (Team Spy) set a very respectable time of 31.30 to take first place and Lilly O’Dell (St Ives CC) came in as the fastest Junior Lady, finishing in a time of 40.06.

Fundraising for Mountbatten
Wightlink-Wight Mountain CRT have partnered with one of the Island’s local charities, Mountbatten, and plan to raise funds throughout the Series.

Over £200 was raised by holding a raffle at this first event.

Special thanks go out to the team’s sponsors and local businesses for their generous prize donations, Chessell Pottery for kindly hosting the event and CutLaserCut for supplying the trophies.