The festival returns for a second year.

Minghella fans will no doubt, already have the weekend of 12-14th March clearly booked out in their diaries for the 2010 Minghella Film Festival. 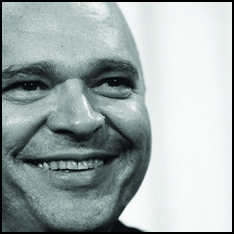 Those who attended the festival last year will remember the weekend-long marathon screening of all Anthony Minghella’s films, shown in various venues around Newport.

The event was hugely successful and very touching. Many stars of the film world made the trip to the Island to take part, including Jude Law, Alan Rickman, Michael Maloney, Nikki Amuka-Bird and Martin Freeman.

This year, the festival changes the focus slightly to present Anthony’s TV and radio work: from the BAFTA and Emmy-award winning children’s series, The Storyteller, to Inspector Morse.

Regular VB readers will already know that the festival will include some of the best entries in to the IW Short Film Festival as well as the under 19s Short Film Competition.

Webb’s film will be shown in a double-bill with Love You More, the short film debut of award-wining artist Sam Taylor-Wood, which was produced by Anthony.

Anthony’s sister, Gioia Minghella, who founded the festival said: “We are delighted to present another unique tribute to my brother’s extraordinary artistic legacy. It’s going to be a lot of fun, and we hope it will also raise considerable funds for some really worthwhile causes close to Anthony’s heart. Of course, Anthony was famously as interested in helping and encouraging others as he was in art for art’s sake, and I know he would have been deeply moved that so many of his closest friends and colleagues are once more joining with his family – and, indeed, the wider family of the Isle of Wight – to make this project a reality.”

UPDATED: A full programme of events is now listed on Events On The Wight .