Masses to see and do in Ventnor next week, come on down

With less than a week to go until the Isle of Wight’s first Fringe Festival, more details re being added to the lineup. 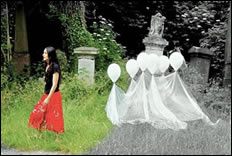 Events on the Wight has details of all listings for the four day festival which is running alongside Ventnor Carnival Week.

There are events taking place daily around the town, expect to see buskers playing and rehearsing in the streets, cafes and pubs of Ventnor, as well as specific concerts at many venues.

French film maker Vincent Moon will be taking charge of The Picture House each day.

Each evening from 6pm there’ll be DJs spinning their favourite tunes late into the night at the Winter Gardens, as it is transformed into the festival’s Johnny Flynn, with support from Paul Armfield and Michael Champion. Not to mention Karen Tweed and Jackie Oates in the old church at Bonchurch and Holly Kirby at St Catherine’s Church.

There’ll be theatre for the young’uns, as well as a picnic in the park and Saturday sees an art exhibition in Ventnor Park throughout the day.