White Air has an amazing lineup this year of sport and music.

We were absolutely gutted when we heard earlier in the year that the brilliant White Air Extreme Sports Festival was leaving the Island and moving to Brighton for 2009.

It’s a massive shame that we’ve lost this great festival from the Island, but on the positive side, Brighton isn’t that far to go if you still want to compete, ‘have a go’ or just wonder at the talent of the sports people or musicians.

This year the event takes place on Brighton Beach and according to organiser, Nigel Howell, has grown enormously in size. 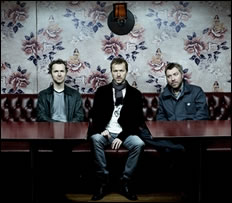 Music a go go
Organiser Nigel Howell made a very canny choice for live music last year when he booked The Pigeon Detectives. The crowds went wild for the skinny jeaned indie-kids and a top night was had by all.

This year White Air have gone the extra mile (or two) with an extended music lineup featuring indie heavyweights Doves, the mighty Biffy Clyro and cult indie rockers The Cribs.

White Lies, British Sea Power, Natty, The Boxer Rebellion and more will also take to the stage at the last festival of the summer.

Tickets
There are a range of tickets available – full festival, day tickets or VIP tickets.

We’ll be bringing you more info on VB over the next three weeks in the run up to the festival.