The action of one person could have cost untold damage and ruined lives, say the Friends of Freshwater Fire Station 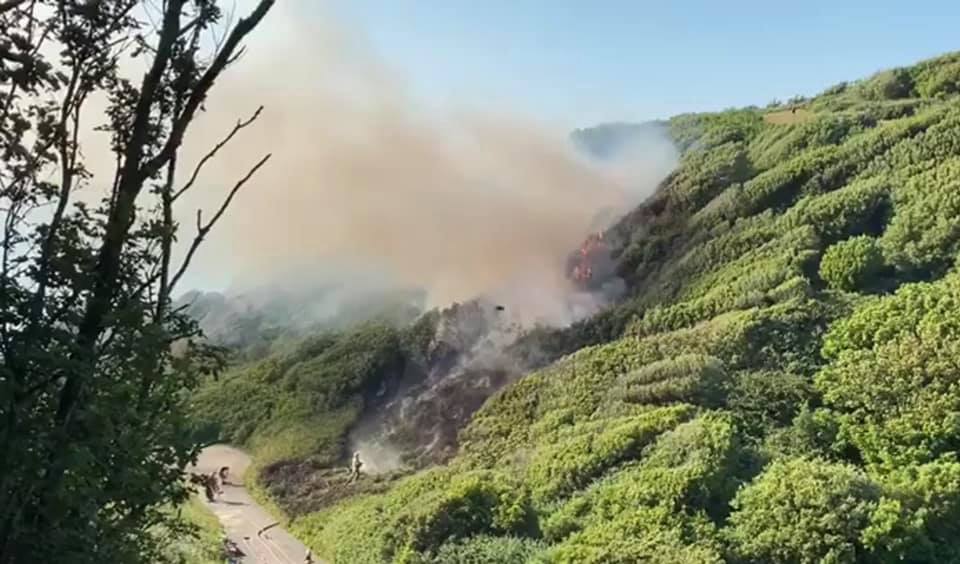 Fire crews from across the Isle of Wight were called to reports of a fire in the scrubland yesterday (Wednesday) evening.

The fire in the open at Alum Bay was caused by a carelessly discarded disposable BBQ.

Friends of Freshwater Fire Station reported that the heat from the BBQ set fire to hillside bushes and this spread, causing fire damage to an area measuring approx 50 metres x 50 metres.

“It is so important that these disposable BBQs are used and disposed of sensibly, this foolish action could have cost untold damage and ruined lives.

“Please people look after this beautiful Island of ours, one small BBQ meant six fire engines, two water carriers, one police unit and 30 firefighters were tied up on this incident.”

Why are supermarkets and other selling disposable barbecues? So many are just dumped in beauty spots after use. I think this trade should be regulated, along with Chinese lanterns that can also cause fires.

Agreed. But I wouldn’t regulate them, I’d just ban them, and sky lanterns too.

Solid common sense triumphs again – and our public services pick up the pieces….

Vote Up170Vote Down
Rowan
I wish these ‘disposable’ barbecues were made illegal. They stink when people light them up – I assume they have some horrible flammable starter fuel in them or something – and then people often leave them lying around, even though by the time the fuel is burned they weigh almost nothing so it would cost them no effort to remove them. Or worse still they do what… Read more »
Vote Up150Vote Down