The Isle of Wight trio clocked up around 100 miles a day on their bikes to complete the challenge, raising more than £3,300 for Mountbatten 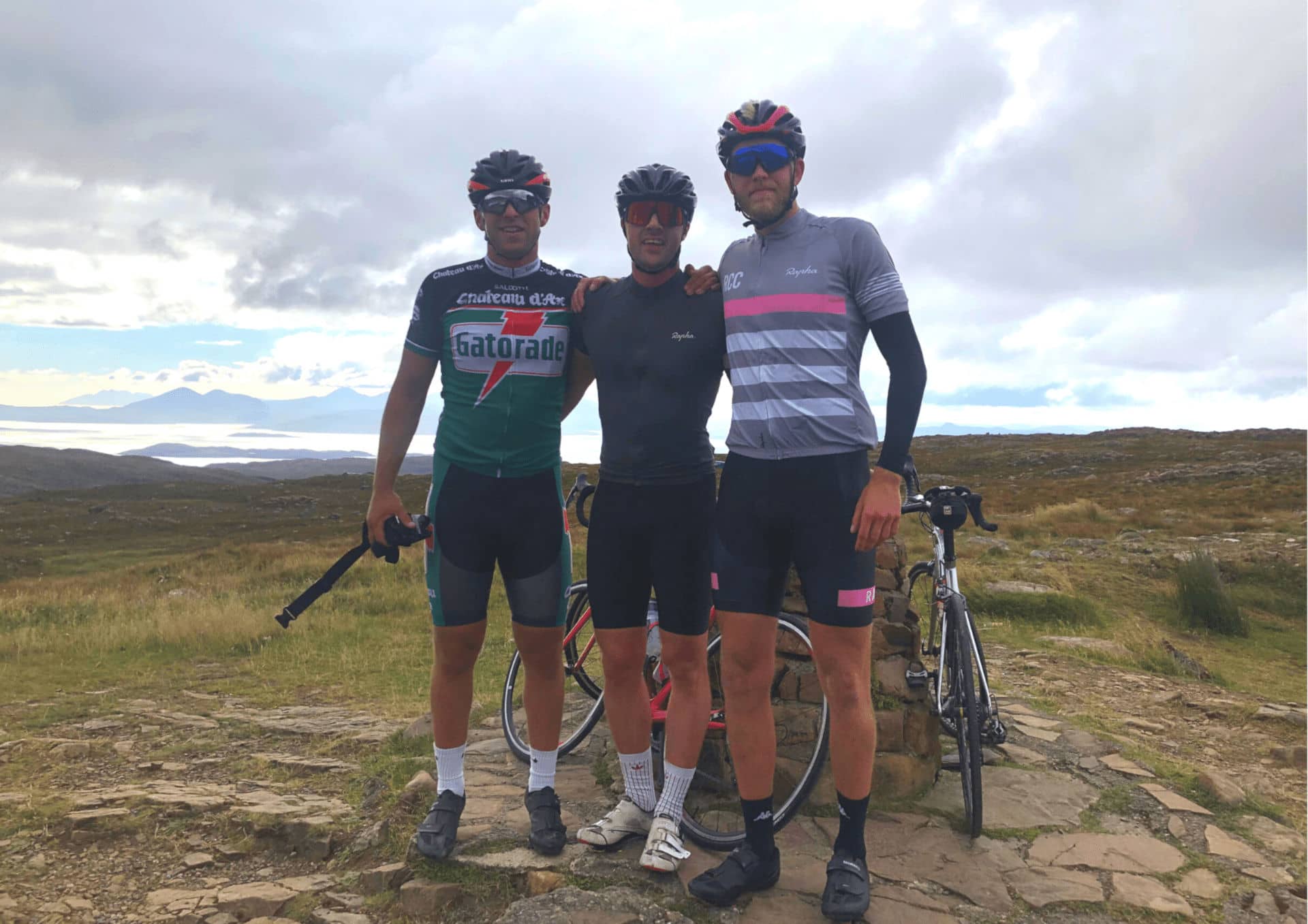 Three friends from the Isle of Wight successfully cycled Scotland’s North Coast 500 in support of Mountbatten’s Go the Distance.

However, the Island trio clocked up around 100 miles a day on their bikes to complete the challenge, raising more than £3,300 for Mountbatten.

Scotcher: Really pleased to have raised so much money
Edward, a trainee pilot in the RAF, said,

“It was tough, we were against a strong head wind which slowed us down but we were determined to do it.

“Getting going each day was difficult but we got used to being on bikes for eight hours, though I did keep thinking about all my friends enjoying the bank holiday in the pub.

“But we liked the idea of cycling the route and doing it for charity.

“When we discussed it with friends and family, it was very apparent that between us all, we all knew someone who had been supported by Mountbatten, so it was an easy decision.

“We are really pleased to have raised so much money.”

The group set off from Inverness Castle on 28th August and returned to the same location last Tuesday. They wild camped each night in-between rides.

Sponsorship is still available by visiting their JustGiving Page.

Riders were challenged to complete their chosen distance during August.

“Given the circumstances, to have more than 80 people get on their bikes for our cause is brilliant and I’d like to say a huge thank you to everyone who took part.

“I’d like to give a special mention to the guys who cycled the North Coast 500 for all their efforts – and they would really appreciate some extra sponsorship if anyone would like to donate.”

Ten-year-old cyclist
Competitive cyclist, Harrison Hendy, ten, of Arreton, also took part in Go the Distance to give himself a challenge during lockdown.

“He really missed the lack of racing and coaching this year due to Covid-19, so this was a nice challenge for him and we also knew it was achievable.

“As a family, we have always supported the hospice by doing Walk the Wight and End to End.”

News shared by Matt on behalf of Mountbatten. Ed