The council said the car park has resulted in an over provision of car parking and would likely to lead to increased use of the existing ‘substandard’ junction. 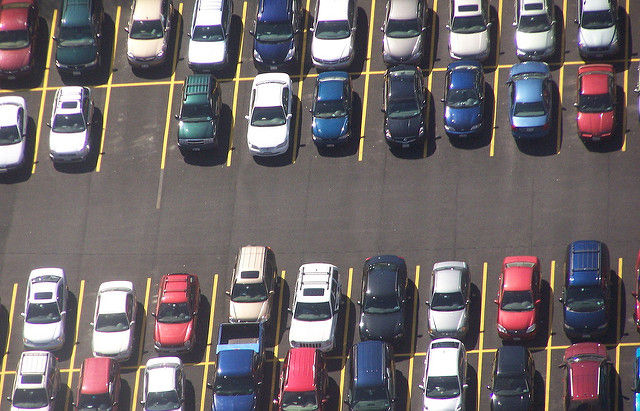 A car park at Sandown Airport will have to be removed because it was built without planning permission.

Building work for the 19-space car park at Embassy Way commenced in August 2018, and was completed three months later.

It was built by software development company ICRTouch to supplement its existing 12-space car park.

The council said the car park has resulted in an over provision of car parking and would likely to lead to increased use of the existing ‘substandard’ junction of Scotchells Brook Lane with the main Newport Road.

It also said freeing up space around its building would provide easier access to the runway at Sandown Airport for emergency services, in case of aircraft accidents.

ICRTouch also said it was encouraging staff to cycle to work via the nearby cycle track or to car pool if possible.

Image: andyarthur under CC BY 2.0

newest oldest most voted
Colin
The IWC at it’s best. And this is how they attract business to the Island? I seem to remember some sort of objection against other plans at the airport citing the road junction as inadequate. How come it’s all right for the council to have a totally inadequate slip road at the tip? Has someone at the council got a grudge against the airport site? 19 parking… Read more »
Vote Up78-2Vote Down
chartman

Slip for Lynbottom is an accident waiting to happen….

Why not improve the “sub-standard” junction instead? If its bad for the extra 19 cars its got to be equally bad for the 12 that have permission. Or are the IWC just waiting for yet another fatal RTA to occur?

Whatever the outcome, there will still be the same number of cars using the junction. Get a grip on reality, Council!!!

A bit different to the treatment of the greedy ex-councillor’s land grab by garden fence trespass extension without permission, reported here not that long ago…

Vote Up53-1Vote Down
Eagle eye
I think this decision is more about people in the planning department showing how powerful they have become and how pathetic some of our councillors are. It’s ok for officers to constantly make delegated decisions on controversial planning applications, land grabs etc. but they don’t like it when a company boss makes a good decision on behalf of their staff and visitors. I honestly believe that this… Read more »
Vote Up54-5Vote Down
Benny C

What an ill-considered mess mired in naive inadequacy. Dinosaur Dave Stewart’s merry band are spending our money on this! Just one more example of unsuitable under qualified misbehaviour. Damaging the island is what they do best. No one voted for this tripe. Rotten borough. Vote them out.

Vote Up45-2Vote Down
Benny C
BTW I fully appreciate this is a negotiating tactic but the pr damage to the cabinet and the islands reputation for competent governance far outweighs the local impact on the subject business. Worzel Gummidge would be proud of our Councils efforts to promote his sort. Unless, maybe, a local ward councillor is worried about protecting a few local mates, or getting re elected………no amount of damage, calamity… Read more »
Vote Up23-1Vote Down
Benny C
Totally agree with Newman that building without planning permission is unacceptable. IOWC are right to take action to maintain an important principle, that’s helping us all, but my gripe is the damaging ham fisted approach to delivering that we see again and again. Countless other Councils do this without making themselves look foolish. They do it with an eye on commerciality, use common sense and avoid pr… Read more »
Vote Up60Vote Down
newman

Building a car park without first getting permission is not clever though.

Presumably if they had left it as grass and cars had parked on it the council could not have done a thing about it.
What has happened to the £1M? they ‘invested’ in the water electric generating scheme at Ventnor was that clever or just forgotten about?

I had wondered why they didn’t just carry on parking on the grass.I guess they did it to make it look more ‘professional’ for their visitors.