Two more people are arrested in relation to the disappearance of Damien Nettles, the day before the 15 year anniversary.

The day before the 15 year anniversary of the disappearance of Damien Nettles, this in from the Police, in their own words. Ed 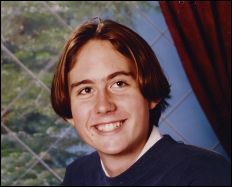 Police are taking further action in response to information about the disappearance and suspected murder of a teenager on the Isle of Wight.

Damien Nettles, aged 16, of Woodvale Road, Gurnard, Cowes, Isle of Wight, went missing on Saturday, November 2, 1996 after a night out with friends.

Detectives from Hampshire Constabulary’s Major Crime Department continue to pursue leads established during this summer and the past 18 months.

Two people arrested
Two people were arrested this morning (Tuesday, November 1, 2011) on the island on suspicion of conspiracy to commit murder.

The two people are:

They are being questioned in police custody.

Property under investigation
The two arrests are combined with the start of a new search for Damien’s body and evidence linked to his whereabouts at an address in Marsh Road, Gurnard near Cowes.

Officers entered the property this morning (Tuesday, November 1, 2011) and sealed off the grounds for examination by specialist officers and equipment.

The address, which has links to the suspects arrested this morning (Tuesday), will be searched this week as part of enquiries to move the investigation forward.

Thorough search of property
Senior Investigating Officer Detective Chief Inspector David Powell said: “Damien’s body has not been located or identified at the moment and we are cautious in our expectations for this search. I can’t guarantee that anything will be found at an early stage. This action is necessary because the information received about the address on Marsh Road in Gurnard cannot be fully assessed until the property is searched thoroughly.

“We are always mindful that there have been many false and malicious allegations about whereabouts of Damien over the past 15 years. Such unfounded speculation upsets the Nettles family, and can disrupt other more promising lines of enquiry. Therefore, any decisions to examine possible burial sites are not taken lightly because of the amount of police time and officers required. Although this search is taking place around the 15th anniversary of Damien’s disappearance, months of planning have gone into this phase of the operation since June 2011 with certain key resources becoming available at the start of this month.

“Specialist officers completed a search of Dodnor Nature Reserve in Newport on the island and surrounding areas for Damien’s body and any evidence between May 12 and May 14, 2011. We were disappointed that none of the items recovered from the nature reserve were relevant to the investigation. However, this search and subsequent enquiries were necessary to finish pursuing a specific lead. The information that led to this search is not being treated as false or malicious. Furthermore, we were pleased that the search in May 2011 did prompt extra useful information from members of the public.

“The determination and persistence of the Nettles family is crucial to reinforce awareness of this case and encourage new leads. Our focus is fixed on finding Damien and I would ask that the community remembers, and reflects on, his disappearance again this week. Even after 15 years, the smallest piece of detail from a member of the public could prove to be an essential element in establishing a significant line of enquiry. We also appreciate the assistance of charities, partner agencies, businesses, the media and the local community to keep the efforts to discover Damien’s whereabouts in the public eye.

“Although murder is a prominent line of enquiry at this time, detectives retain an open mind about exactly what happened to Damien because a wide range of information has been received over the past 15 years.”

Get in touch
Further information can be viewed on Hampshire Constabulary’s website under the ‘Casebook’ section, which highlights ongoing investigations

The charity Missing People (formerly the National Missing Persons Helpline) can be contacted in confidence on Freefone 0500 700 700. Information can be given anonymously by phoning the independent Crimestoppers charity on 0800 555 111.

I sincerely hope for the sake of Damienâ€™s family and friends, that this new lead so close to the anniversary of his disappearance brings forth a more promising conclusion, and any persons who are found to be the perpetrators of such a heinous crime are given a punishment that certainly sees them languishing in prison for the rest of their lives.

I hope this latest development brings this case to a conclusion for the sake of his family.

The police have said there has been so much information that has been false and maliciuos it can’t be easy to sift through it all to reach the truth.