If you find that you are not going to be around for Bestival this year, but still want to experience the joy of a great summer festival why not consider The Big Chill (4th to 6th August).
Many many years back, we used to go to …

If you find that you are not going to be around for Bestival this year, but still want to experience the joy of a great summer festival why not consider The Big Chill (4th to 6th August). 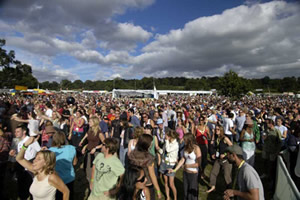 Many many years back, we used to go to a Sunday afternoon club which was held in an old church in Islington. The music was spread over several rooms and was varied enough to allow you to dance your socks off in one room, or find a bean bag to chill out and recover from the night before. It always attracted an eclectic mix of people who really made the event what it was.

When we heard they were planning a festival we bought our tickets immediately and joined the several hundred other people for the first Big Chill festival. It is actually so long ago now (12 years I think) that I can’t remember where it was held, but what I do remember was that it was definitely chilled out. There were a handful of small tents with live music, DJs and performance artists …. just a twinkle in the eye of the Big Chill festival of these days.

As I say, that was many years ago, and that fantastic thing is that the organisers have managed to retain this relaxed, friendly, intimate vibe with an interesting mix of music, people, surroundings etc.

What started off in two fields (one for camping and one for music tents), is now held in the amazing setting of Eastnor Deer Park in Herefordshire. As they have so much space to play with, the layout is really well considered so everything isn’t just crammed into a confined area. 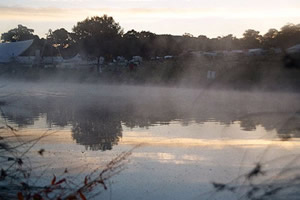 The festival sits within a valley, with most of the camping on one side and entertainment on the other. Separating the two is a beautiful lake which looks totally amazing in the misty mornings, and wonderfully magical when lit at night by fairy lights.

The Big Chill really led the way during the emergence of festivals featuring eclectic live music, DJs, art, comedy, performance etc. As well as this years fantastic music lineup with names such Nouvelle Vague, Sebastien Tellier, Jerry Dammers, DJ Derek and our very own Rob Da Bank … you can catch the Blue Man Group, Arthur Smith and John Hegley in the comedy tent and tons of films, lectures and performances to keep you entertained throughout the day and night.

The Big Chill is an amazing festival and that’s definitely worth leaving the island for, and even if you’ve already got your tickets for Bestival, why not treat yourself and do both! Satisfaction guaranteed if the last three are anything to go by.

Check out their site (newly re-designed by the wonderful chaps at Sweetlife who also design the T’s and did the new ID) for the full lineup … there’s so much going on that I haven’t got space to write about it all here.

Photo credits – Crowds under clouds:Steve Roden – Misty Lake: Gavin Goodhart – many thanks to both

Filed under: Comedy, Music, The Arts

1 Comment on "Feeling Stressed? Head For The Big Chill"