Friends Write To Committee Over Inquiry Into Library Closures

Friends of Ventnor Library write to the Select Committee in relation to Cllr Pugh’s evidence given on Tuesday this week.

Friends of Ventnor Library have submitted a response to The Sport, Media and Culture Committee’s Inquiry into the Closure of Libraries, following Cllr David Pugh’s appearance before it. In their own words. Ed 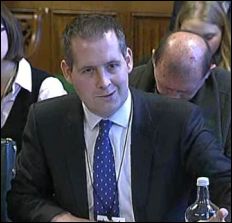 Firstly, Mr Pugh gave the impression that on the Isle of Wight volunteers were happy and willing to step forward to run Community libraries. In fact there was a great reluctance to step into this role; people felt forced to volunteer or lose a treasured local resource, as it was made clear that the IoW CC would close the facility.

Although Mr Pugh repeatedly referred to himself as a volunteer at his community library, we gather that his volunteering thus far has been of very limited extent.

No trained staff at Community libraries
As Mr Pugh admitted, Community run libraries have no access to trained staff, an issue of particular concern in relation to promoting and supporting children and needy members of the public in their reading.

The funding of community libraries is particularly problematic. As was made clear to the Inquiry, the parish councils where these community libraries are located have had to increase the local precept to make a contribution towards running the libraries””in effect double taxation.

“Huge financial burden”
However, this still leaves the local community with a huge burden of fundraising, which is particularly difficult in areas of low family income and high rates of unemployment.

These libraries have no security in long term planning. If for any reason these community run libraries were to close the remaining council run libraries would have to serve those communities despite the reduction in opening hours that they have incurred.

However, with no agreed definition of a comprehensive service this leaves rural communities and socially deprived communities at particular risk.

It also means that wealthy areas of the country (such as Kensington which stands to be a net recipient upon the return of local business rates to the local level) will be able to afford a superior service paid for from taxation, whereas poor and particularly rural areas will be left with – if anything -second rate facilities that they have to fund themselves.

Fear of only two libraries in future
We are particularly concerned that if the Public Libraries and Museum’s Act is repealed, that here on the Isle of Wight there will be nothing to prevent Mr Pugh from returning to his original plan of closing all but two of the public libraries.

We note that it was only in the face of huge public opposition and the recourse to judicial review that led to the saving of six of eleven libraries, albeit with considerably reduced opening hours.

newest oldest most voted
Stephen
Interesting that of the three local government witnesses at this House of Commons Select Committee hearing only one Authority had immediately chosen closures over the others more imaginative thinking as a way of meeting budget cuts but not impairing their service levels. Was Cllr. Pugh suggesting that community libraries have access to the IWC Library IT system for making reservations? Who pays for this IT access and… Read more »
Vote Up00Vote Down
Rupert Besley

A very well worded letter, remarkable also for its self-restraint.

Vote Up00Vote Down
keithybaby
Well done, Friends of Ventnor library. As a user of East Cowes library, I applaud your efforts to redress the lack of a balanced view put forward by our council leader. As someone who is fortunate enough to have a part time job, it is difficult to access my local library when it is only open 12 hours per week. Add to this the fact that the… Read more »
Vote Up00Vote Down
daveq

Thank you Ventnor, well put. The member of the committee who gave Cllr Pugh such a hard time (Paul Farrelly MP)will, I am sure be very interested in the contents of your letter, and will probably use it when the committee come to prepare their report. Never fear, you are by means the only ones fighting on!

Vote Up00Vote Down
ABC
Well said Rupert Besley. Cllr David Pugh is a smooth operator as he proved when he gave evidence to the The Sport, Media and Culture Committeeâ€™s inquiry. Clean cut, word perfect, cool and confident, who could doubt this was a young politician on top of his game, plausible and logical. Unless, of course, you analysed what he had to say and it was apparent he was not… Read more »
Vote Up00Vote Down
D'arcy
Well done. A succinct and accurate summary that redresses the balance. The only reason that community libraries have survived is that volunteer groups were effectively blackmailed into toeing the Council line by taking on the practical and financial responsibilities of the buildings as well as running the core business. Campaigners last year, including Friends of IW Libraries and the Bembridge Library Users Group, believed that volunteers, if… Read more »
Vote Up00Vote Down
Concerned

D’arcy, if you have a copy of the form I am sure Dave Q would be very interested in getting his hands on it.

Hi Concerned
Yes I do have copies. Happy to send DaveQ one if it’s helpful.

D’arcy and Concerned, thank you indeed, a copy of that insulting document that wanted people to state their sexual orientation as if that had any bearibg on their use of the library, would be most useful in our continuing attempts at rattling Cllr Pugh’s cage! Sally and Simon have my email if you haven’t already got it!

Vote Up00Vote Down
sue morgan
I should have made it clear in my letter that members of the public have no routine, on-the-spot access to professional staff in the community libraries in support of their reading; in fact the community libraries do currently have access to some support eg in the Summer Reading Challenge, BookTime, RhymeTime, and volunteer training. The main point is that the Libraries and Museums Act establishes a requirement… Read more »
Vote Up00Vote Down
Asite2c

If there is any discrepancy, spin or contradiction in Pugh’s representations to the select committee, perhaps he should be asked to return for a further meeting to give an explanation, this time on his own?

Misleading MPs is in a select committee is deemed to amount to a â€œcontempt of the houseâ€ & carries some career threatening penalties. http://www.bevhillslawoffice.com/law-news/lying-to-a-select-committee-the-law

Dream on you guys – Remember it was the Government who imposed the budget cuts on councils. Do you really believe they are going to take action on councils that have little other option but to reduce services.

A select committee is made up from members of the 3 main parties and are not dictated to by government.

Vote Up00Vote Down
Chris Wilmott
Nobody should be surprised: did anyone seriously think the ghastly Pugh was going to represent anyone’s views but his own and those of his party? Closing the libraries and pretending there are countless people just waiting for the opportunity to run them as unpaid volunteers suits them both perfectly. This would be bad enough if it only applied to the libraries, but unfortunately the policy also applies… Read more »
Vote Up00Vote Down
john

A change to whom? We had a Labour government for some 13 years and they changed exactly what??

Vote Up00Vote Down
exasperated
john says: Today at 10:20 pm (7 minutes ago) A change to whom? We had a Labour government for some 13 years and they changed exactly what?? END QUOTE: I sort of love this myopic denial of reality. The 17 years previous to 1997 was…..that’s right conservatives. Indeed since 1900 until 1997 (let’s call it a hundred years amongst friends eh..?) know how many years the Labour… Read more »
Vote Up00Vote Down
No.5

Vote Up00Vote Down
stephen
Some would say that New labour was a conflict of the Blairites dis-owning all previous Labour party principles ie help for the underdog, equality for all etc and took the stance that the private sector will always out-perform the public sector, Trade Unions are a necessary evil but their money is useful and that America was a better partner – Bush included – than those ‘odd’ Europeans… Read more »
Vote Up00Vote Down
Asite2c
To be fair to John, New Labour were in power for 13 years and made little change. Although he fails to realise, New Labour became a Thatcherite type of government under Blair and introduced policies Thathcher would have been proud of. Sadly her ideology has affected every government since she was PM and in my opinion, unless there is a radical change to a fairer and caring… Read more »
Vote Up00Vote Down
Country girl

Bottom line, we pay money for these services, the council are sitting in new offices that we have paid for, sitting pretty!! The Independants came up with an alternative to save all services but the council would not listen.

Pugh just needs to leave now and save the Island any more embarrassment. Impact assessment my arse, he seems to be talking constantly out of his!

Vote Up00Vote Down
Asite2c
I thought the co-ordinated hand movements and postures Pugh cleverly used through his questioning was revealing. He reminded me of Blair, Cameron and many other politicians who use similar techniques when being interviewed or questioned. Although David Pugh failed at university, and in my view has been a poor council leader, to be fair he’s come on a bundle in the Arts of spin, propaganda, and by… Read more »
Vote Up00Vote Down
Magnus Pyke

Have you noticed that he also seems to talk out of the side of his mouth at times? This and the hand movement would suggest to me that heâ€™s out of his comfort zone most of the time?

In my opinion, many politicians these days, (especially the younger types) care more about their careers, image and themselves than they do about the public and probably use image and speech consultants to help them succeed.

He almost certainly has – and you paid for it through your council tax.

Vote Up00Vote Down
Rowan
The possible threat to repeal the Libraries and Museums Act is the real scary bit. George Osborne is already threatening to get rid of loads of laws which protect us and the things we value, such as environmental legislation. Just as George Osborne doesn’t get it that without a healthy environment we cannot have a healthy economy, so some politician don’t get it that without access to… Read more »
Vote Up00Vote Down