If you are a bus, rail or road user, this comprehensive report from the recent meeting of the Bus and Rail Users’ Group should be of interest 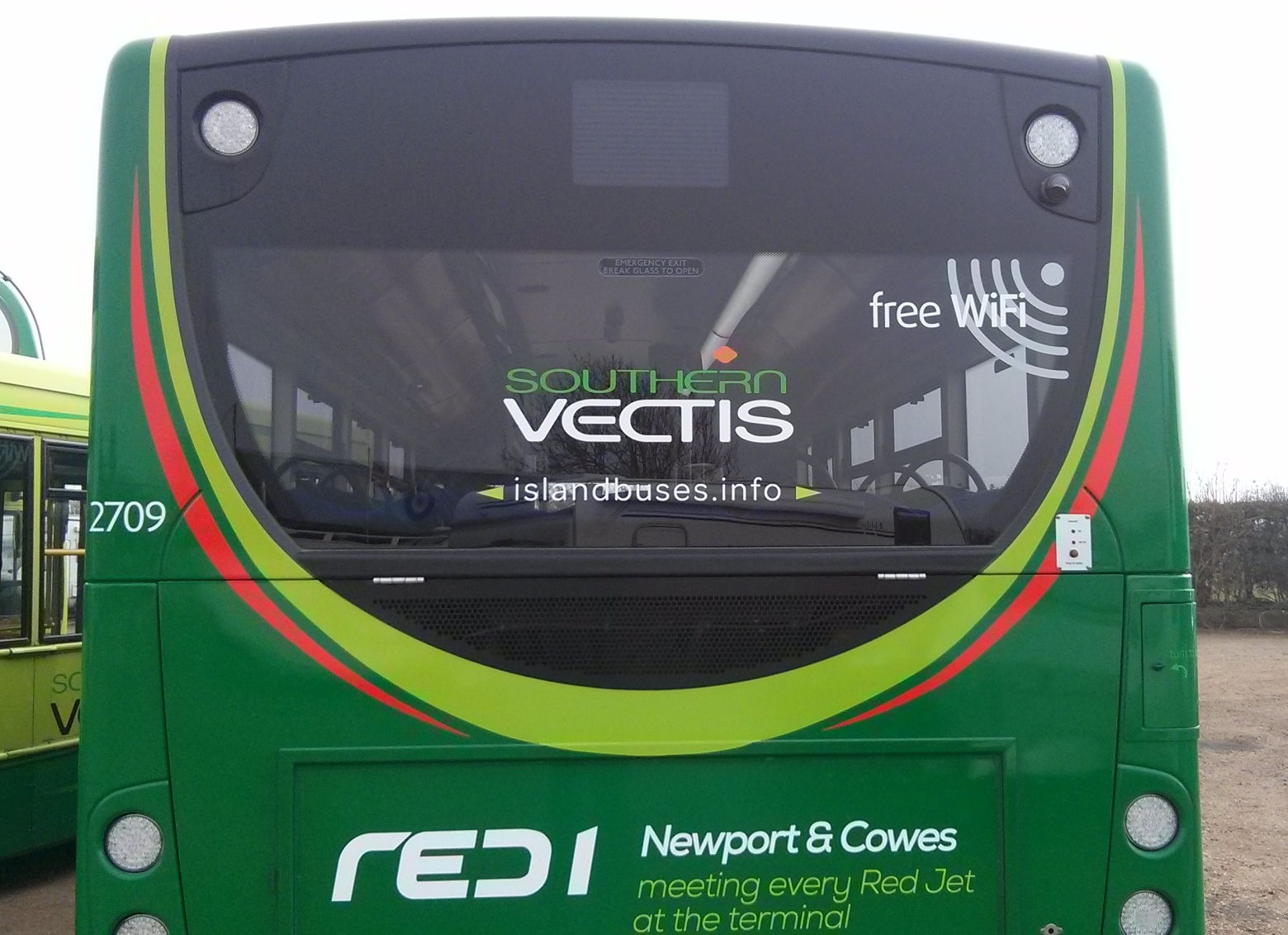 Route 27 would have an additional journey from Yarmouth to Tapnell Farm, achieved by extending the Island Coaster service.

All Breezer all-day fares would increase from £10 to £12.

Electric buses too expensive
New buses, with Euro 6 emission controls, will be introduced on routes 7 & 8.

In questions, he was asked about electric buses replacing diesels, but said electric vehicles are twice as expensive as diesels, in about five years time it would probably change, but that the most environmentally efficient solution now was for people to switch from driving cars to using buses.

Ward: Permits prior to work for utility companies
Cabinet member for transport and infrastructure, Cllr Ian Ward was the next to speak.

He reported that later this year utilities would need to apply to the IW Council for a permit before starting work.

This wasn’t primarily for the present, but for the future, with housing growth expected to increase traffic.

A questioner suggested that IW Council revenue from car parking charges could be used to fund the continuation of the discretionary disabled travel scheme and he responded that the results of the consultation were still being analysed.

Funding bids
Next was Stewart Chandler, IWC Client Manager for Transport.    He reported that a bid for improving transport infrastructure in Ryde under the “Transforming Cities” fund for Portsmouth had been submitted in December.   (Ryde is included as having good transport links with Portsmouth.)

He also stated that various bus stops had been identified as needing improvement and funding was being sought for these.

He said that the new trains were to a larger gauge than the existing trains so either the platforms would need to be raised or the track lowered, which meant it wouldn’t be possible to run both types of stock at the same time.

New 30 minute service
A passing loop will be installed at Brading, which will allow a regular 30 min service to run, with the option of increasing this to a 20 min service if required in the future.

Line closed for works
7,000 tonnes of spoil will need to be removed.

New timetable in May 2021
The logistics of transferring the new trains will be challenging and they will need 700 miles of test running before entering passenger service.

The new timetable will start in May 2021.

Accessibility at Ryde St John’s
He was asked if wheelchair users would be able to access the platforms at Brading and Ryde St John’s to which he replied that the crossing to the south of Brading station would be upgraded to give access to the southbound platform and Network Rail was considering the possibility of making Ryde St John’s Road fully accessible.

Funding already ring-fenced
He was also asked if the funding was secure in the event of the failure of the South Western Railway franchise. He replied that the £11m for trains and the £15m for infrastructure is DfT money and is ring-fenced, so will be secure whatever happens to the franchise.

Another questioner wanted to know why replacement transport wasn’t provided along Ryde pier when trains weren’t running, and he said he would raise this issue with his company.

8 Comments on "Hear latest on buses, trains and road travel from Isle of Wight Bus and Rail Users’ Group meeting"

newest oldest most voted
YJC
I wish I had known this meeting was on. I’ve contacted Southern Vectis numerous times about the lack of a public bus along Forest Road Newport. There is no bus for people to get to Forest View Garden Nursery and Cafe. There is no bus to serve the houses along Forest Road or the prison houses (Standen Avenue) No bus to Hunnyhill School or Albany Garden Centre.… Read more »
Vote Up11-1Vote Down
Sally Perry

If you are not already, worth signing up to our email newsletter which delivers the last 24 hours of news to your inbox each morning or evening. You can sign up here: https://onthewight.com/daily-newsletter-signup/

Vote Up30Vote Down
Benny C
Surprised Wightlink haven’t kicked off about Ryde Pierhead. That is a key service issue for them if they want to engage with islanders. Plenty of hireable electric options to provide a lightweight transfer from the bus station. However, its not so impressive that it hadn’t been thought about already. Come on folks, please join up the dots. Ian Ward actually made a contribution. It’s a start. Let’s… Read more »
Vote Up3-1Vote Down
planespeaker

Can somebody help me out here? The gauge of a railway is defined as the distance between the inner faces of the load bearing rails. If the new trains really do have a larger (wider?) gauge than the current ones why does that mean that the platforms need to be raised or the track bed lowered?

He’s talking about the ‘Loading gauge’ – the width and height of the carriages, not the track width.

Still a bit odd, as they are supposed to be ex London Underground – same as the existing ones.

They are “Underground” (e.g Circle Line) rather than “Tube” (e.g Northern Line) stock and thus are a bit bigger than our current trains.

No plans for a rapid transit busway linking the island to the mainland, yet!