Isle of Wight Economy Missing Out On £35m Say Ramblers

The Ramblers’ Association is urging members of the public to sign a petition to help ensure the Isle of Wight is included in the National Coastal Trail and be eligible for funding to improve the coastal route.

The Isle of Wight Ramblers have launched a campaign to ensure that a comprehensive
coastal trial is developed for the Isle of Wight as part of the national implementation of
the 2009 Marine and Coastal Access Act. 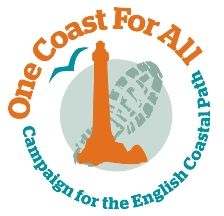 They argue that the Isle of Wight economy could be losing out to the tune of £35,000,000 per annum, after a study commissioned by the Countryside Agency identified that the South West Coastal Path is worth over £300 million each year to that regions economy.

Special Order needed in order to be included
Natural England have already started work on six stretches of coast in Dorset, Cumbria, East Riding, Kent, Norfolk, and Somerset, but only a special Order signed by the Environment Minister will ensure that the Isle of Wight coastline is included.

Isle of Wight Ramblers say that around half of the existing path on the Isle of Wight runs either inland or along public roads and that “more than ten miles of our northern coastline between Yarmouth and Ryde have no public access or footpath”.

The Ramblers’ Association is urging members of the public to join their campaign by signing the petition to include the Isle of Wight in the English Coastal Route.

By A Roving Reporter

newest oldest most voted
Steephill Jack
So many people come here for walking holidays that this is a very important part of the Island’s economy. Half the Walking Festival participants come from the mainland and 62% of participants have taken part for two years or more. Enhancement of the Coastal Path would be of great benefit and we are only excluded from this funding because we are an island ! Andrew Turner should… Read more »
Vote Up00Vote Down
Chris Wilmott
I’d be happy to support this, except that I know of no evidence whatever, that any politician I can name gives a monkey’s cuss what anyone outside his or her party thinks. I am quite sure they operate on the priciple: If this suits my immediate political advantage I’ll do it, if it doesn’t I won’t. None of this will change until we get representative government –… Read more »
Vote Up00Vote Down
Bogbrush

Um, the campaign picture looks like a phallus. Unfortunate.

Er, Bogbrush, if you have a phallus like that then I suggest you get yourself along to the docs first thing tomorrow morning and get it sorted!!

Vote Up00Vote Down
Ringo
A proper coastal path around the island would be great – at the moment the label is really a misnomer, as so much of it comes inland and follows fairly nondescript routes. The South West Coast path from Minehead to Poole (or the other way if you like) must generate millions for the West Country, and although an island path would be on a much smaller scale,… Read more »
Vote Up00Vote Down
Ringo

Actually, now I think about it, ‘The Udder Way Round’ might work better…