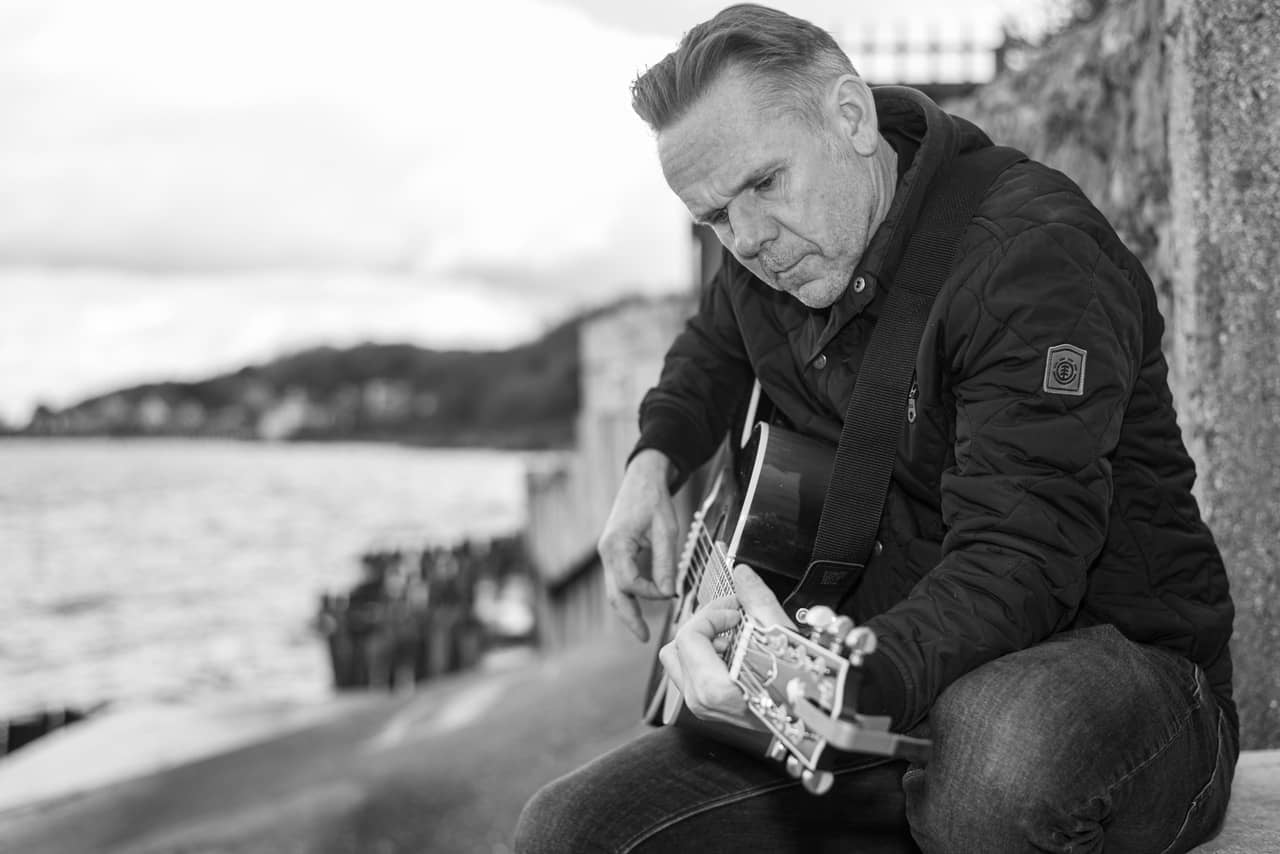 Ex-Mumbo Jumbo and Jimmy’s Big Fish frontman, Simon Holmes, has used his time during Lockdown to reflect and develop some fresh new songs – with a handful of catchy and melodic tunes now ready to release.

He asked for a drum kit for Christmas and spent a lot of time with his brother in the family home making up songs and playing along with his Dad’s records on his loud stereo. The rest is history (which you can read on his Website).

Award-winning producer
The tracks are produced by English musician, composer and songwriter, Nick Coler. Having been nominated for and won awards for songwriting and music production, Nick has written, produced and played on hit songs for diverse acts ranging from Goldie, KLF, and Alice Cooper to Girls Aloud, Sugababes, and Gabriella Cilmi.

The artwork for the track was designed by graphic artist Ian Jackman Read, who has created work for the likes of Charlatan’s frontman, Tim Burgess (listen to our interview with Tim from 2012).

The cover artwork features a painting by Simon’s best friend, who is sadly no longer with us, Jim Bearwish’s sister, artist Jenny Blount.

Music video
The summery radio-friendly tune is accompanied by a video filmed on the Isle of Wight at Gurnard Beach on sun-drenched afternoon.

The music video was produced by writer and broadcaster, Tom Stroud.

You can find out more about Simon and his plans for December62 by visiting his Website.

Article edit
10.30am 10th May 2021 – Added link to streaming platforms and update video from teaser to full length