The event was attended by a number of sports people, teams, arts organisations and charities, also supported by Wightlink and Southern Vectis. 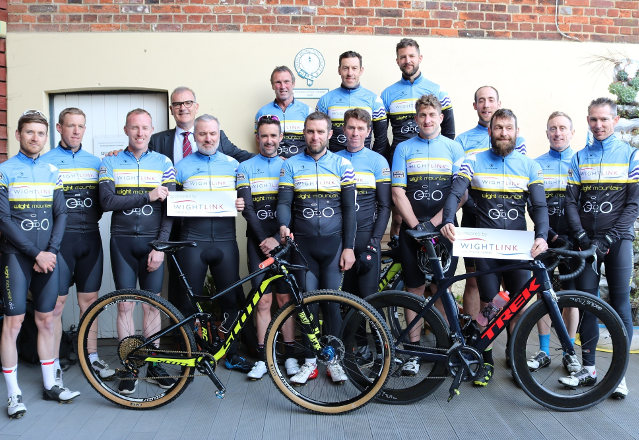 Tales of Isle of Wight sporting excellence came aplenty at an event hosted by Wightlink to find out more about the latest achievements of the individuals and organisations sponsored by the ferry company.

Scores of sportspeople of all ages and involved in a wide variety of activities, were present at the Quay Arts Centre, Newport – which itself enjoys a sponsorship arrangement with Wightlink – for the informal event.

Many of those present are part of the Talented Athletes Scheme run by the Isle of Wight Council with the support of Wightlink and Southern Vectis, to assist athletes who frequently travel to train and compete both on and off the Island. The event was also attended by a number of sports teams, arts organisations and charities, also supported by Wightlink.

“To hear so many people speaking about their achievements with such enthusiasm was a genuinely inspiring experience.

“The Island has a huge wealth of sporting talent in a wide range of disciplines and this is something to be proud of. We are delighted to support their sporting efforts and look forward to sharing news about the successes they will undoubtedly achieve in the future.”

“Without the support of the Talented Athletes Scheme and Wightlink it would be very difficult for Nick to go to the competitions he needs to take part in to improve his game.

“It was great to meet up with Wightlink staff and chat about Nick’s achievements. Their help is invaluable but they also take a real interest in the people they support.”

“I am delighted that Wightlink is getting to know the many sportspeople and organisations it is sponsoring.

“There is a real cost involved for many of these top flight sportsmen and women and we are very grateful to Wightlink for its invaluable support to our Talented Athletes programme.”

Article from Karen on behalf of Wightlink. Ed