Thanks to Jack for news of the latest addition to the Ventnor Fringe line-up. Ed 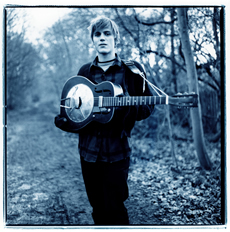 An intimate solo performance by rising folk star Johnny Flynn is among a host of new events to be announced by the Ventnor Fringe Festival this week, which will run from the 11th – 14th August to coincide with the annual Carnival celebrations.

An actor, poet and multi instrumentalist, Johnny’s unique storytelling ability is demonstrated in his second album ‘Been Listening’ which has been released to critical acclaim following the huge success of his debut ‘A Larum’, with influences from American, British and African history.

Supporting Mumford & Sons
He is currently touring as the support act for Mumford & Sons in a sell out tour across the UK and Europe and will be playing alongside Laura Marling, who features as a guest vocalist in his new album, in an Australian tour prior to his appearance at the Ventnor Fringe.

For full details of event check the listing on Events on the Wight.

Other acts to be announced in the last few days include London theatre collective The Circuit Project who will be offering free workshops in writing, directing and acting, site specific company Dash Theatre and a host of busking performers who will be bringing the streets of Ventnor to life.

More information can be found on the Ventnor Fringe Website

Johnny Depp. I have been a fan since late 80’s he has come a long way I am only a year and half behind him in age I THINK he’s most talent and sexiest man alive