Keep An Eye On Your Salt Levels

Consider how much salt you put into your body, it could lead to ill health

Blimey a couple of weeks ago, we were all worried about not having enough salt, but next week we’ll be worrying about having too much. 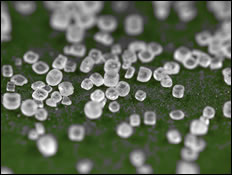 Obviously the salt of concern a couple of weeks ago was the road type and the one we’re being asked to consider now is the type that many foods are laden with.

Yes folks, it’s that time of year again and next week sees the return of National Salt Awareness Week.

This year the IW Chamber Health, on behalf of the NHS, will be asking us to consider the effect that too much salt can have on our health.

Too much salt can lead to some pretty serious illnesses or conditions such as stroke, heart disease, osteoporosis, stomach cancer, obesity and kidney disease.

Lynette Herbst, Nurse Manager at IW Chamber Health said: “We are aware that salt is associated with health problems such as high blood pressure. However many people think eating too much salt will not affect them and that they do not need to cut down how much they eat, however the problems of eating the current high amount of salt could affect anyone. It is important for everyone to reduce the amount of salt in their diet by making simple changes such as; reading the labels of foods, choosing lower salt ingredients and not adding salt during cooking or at the table.”

Children should have far less salt than adults, but statistics show that many aree having the same or more than adults which is very worrying news.

Graham MacGregor, Professor of Cardiovascular Medicine and Chairman of CASH comments, “The evidence linking salt to conditions such as stomach cancer, osteoporosis, kidney disease, obesity and stroke has been building for years and now must not be ignored. We should all reduce our salt intake to the maximum recommended target of 6 grams a day or less if we are to minimise the risk of developing these serious health problems.”

Image: Kevin Dooley under CC BY 2.0

1 Comment on "Keep An Eye On Your Salt Levels"

another thing to worry about!

allegedly, if they ain’t fed right by the age of two they’re on course for a lifetime of obesity.