The car left Belgrave Road and ended up in the trees below, where the steps lead down to Esplanade Road. Police are appealing for anyone with information to get in touch. 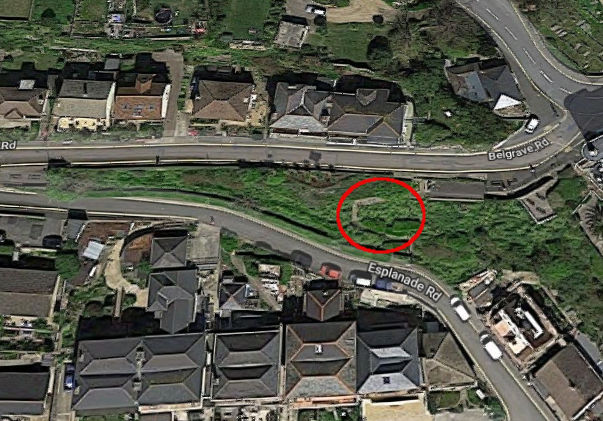 Belgrave Road in Ventnor is closed today (Wednesday) after a car came off the road and ended up in the trees in the terrace below, where the steps lead down to Esplanade Road.

Isle of Wight Fire and Rescue crews from Ventnor, Shanklin and Newport, as well as a Rescue Support Vehicle from Newport were called to the incident at 20.57 on Tuesday night.

Police were also called to the single vehicle collision, after the car had been travelling along Belgrave Road, leaving the carriageway and going over the ‘cliff edge’.

Police say a 29-year-old woman from Ventnor was taken to St Mary’s Hospital, where she was kept in for observations.

Get in touch
Anyone with information should contact Hampshire Constabulary on 101 quoting 44180362460.

newest oldest most voted
bigj
It seems that a 29 year girl, possibly a mother or daughter, had a serious motoring accident which could have ended her life at 10 o’clock in the evening. Whilst most of us were comfy in our homes, the Fire Brigade, Ambulance, Police and Coast Guards were all in attendance and, despite the obvious dangers to themselves, managed to remove the girl from the car, which was… Read more »
Vote Up14-1Vote Down
laurentian

What wasn’t apparent, coming from the St. Lawrence direction, was that the road was closed completely (ie even to pedestrians). It is one way only for cars (heading out of town) so they apparently hadn’t bothered to put up any “Road closed” signs – much to the distress of several people faced with a lengthy diversion!