Looks like the sale of the Winter Gardens to The Hambrough Group has finally gone through following planning approval. 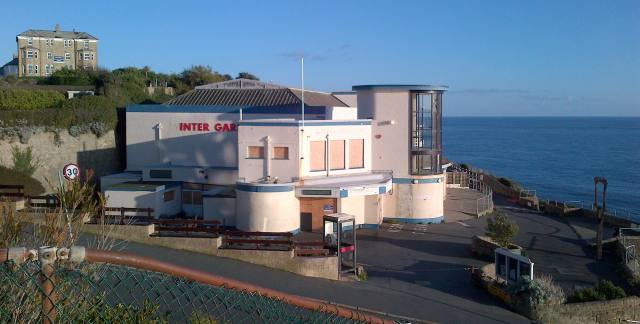 Conditional planning permission has now been given for the revised plans to renovate and develop the Ventnor Winter Gardens.

Finalising the sale of the building to The Hambrough Group was dependent on planning approval.

We bumped into Robert Thompson last week at the launch of Visit Isle of Wight, who, during our chat said he thought that all the paperwork for the sale had now been signed.

Robert said he hoped work would start by early 2013, with an expected opening date Spring 2014.

Lots of get on with
There’s plenty of work to do as is obvious from the exterior, but on the inside of the building, someone stealing lead from the roof (at the same time as Ventnor bandstand) has resulted in considerable damage to the auditorium floor.

At the same event we also mentioned the sale to Cllr George Brown, who agreed that it had all gone through, although we have not received any subsequent official confirmation yet.

Update 22.11.12: The council confirm that Garden contracts have exchanged but the sale has not yet completed. The headline has been amended to reflect this

i scored my very first 180 there in a local darts match, im really pleased it is going to be saved, or as much of it as possible anyway, the first good thing the incompetants at county hall have done for ages