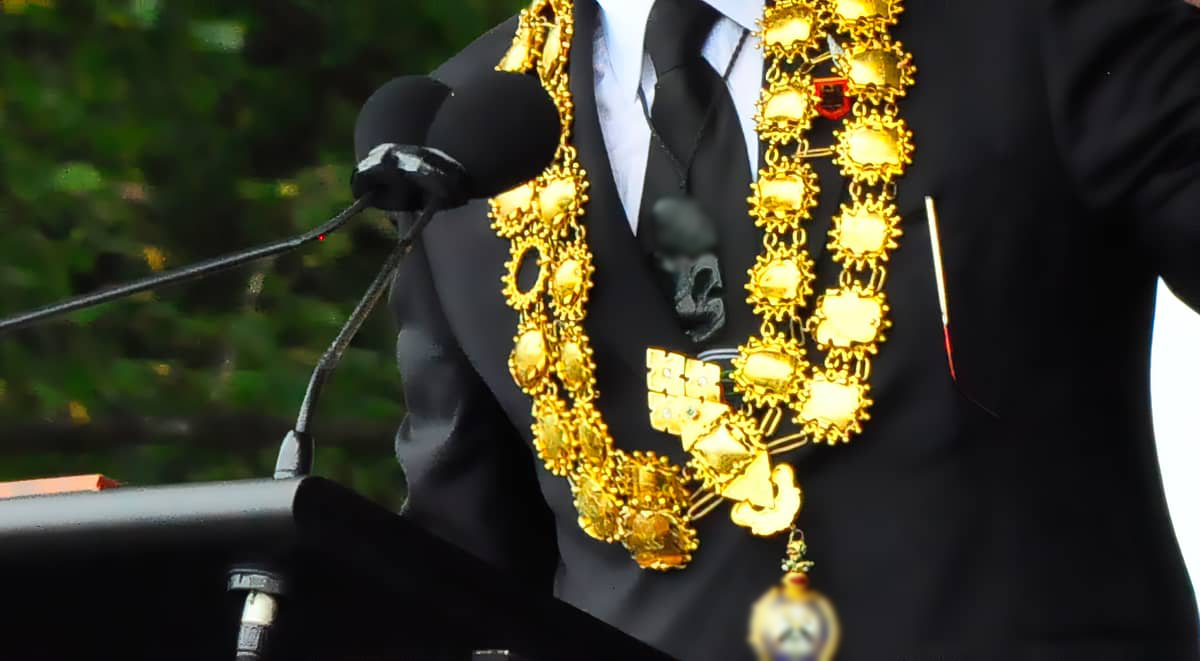 Another Isle of Wight council election leaflet has come under scrutiny letter this evening (Monday).

“Throughout my time as a ward councillor, I have worked closely with the three parish / town councils and have good relationships with all. So much so that the Mayor of Brading Town Council and Chair of St Helens Parish Council have nominated me to re-stand.”

He explained in the letter that when he signed Cllr Tyndall’s nomination form, he did so as a friend and near neighbour. He went on to say,

“For you to make political capital from it use through my position as Mayor of Brading I find completely unacceptable and it is something I did not, and would not, consent to.”

The Mayor of Brading added that he has no allegiance, nor is a member of any political party and insisted Cllr Tyndall post an apology to his social media account. Mr Hudspith finished by saying he was “deeply disappointed” by Tyndall’s actions.

Town and Parish councils must remain independent during pre-election period (purdah) to avoid being in breach of the rules.

Response from Tyndall
News OnTheWight wrote to Cllr Tyndall this evening and offered him a chance to respond to Mr Hudspith’s letter, we’ll update once we hear back.

Image: David Steele under CC BY 2.0

newest oldest most voted
chausettes
The absurdity of Pugh crying foul play over a Green candidate ‘misleading’ the public when his own party and candidate are playing this game! The sooner the local Tories realise Pugh is not the strategist he thinks he is, the better for them. Personally I’m quite content Mr Pugh is at the helm, steering a course for a rocky outcrop… question is, should the ship founder, will… Read more »
Vote Up28-8Vote Down
objective1

Making such statements naming individuals without their permission is reprehensible, and a sign of desperate tactics by a candidate. On top of which Mr Tyndall refused to take part in the Brading and St Helens on-line hustings organised by IsleVote21. I recommend that everyone looks at https://islevote21.co.uk/ to see the candidates in their area being questioned.

Vote Up27-8Vote Down
Truth B

Mr Steane concentrate in your usual version of what is reality, you are well known in Bembridge for your lack of engagement and spin on your own myopic reality 😆

Indeed so. A man who claimed here early last week that the contradiction and his non-declaration of being a Labour party member whilst standing for another party, Our Island, was ‘irrelevant’. Who was then expelled from Labour.

But they can’t, if some have not taken part.

Oh such fun. They make a mockery of themselves. Both of them

Vote Up15-2Vote Down
Benny C
Exactly. It’s a side show that undermines them both. Voters will move on. Other candidates are lucky to have this sort of rival. More worrying is an elected Mayor who doesn’t think before he acts. Most local mayoral duties are a nice to have rather than a must have, unless you’re dealing with the likes of Andy Burnham, whose role is central and all about delivery. Anyone… Read more »
Vote Up50Vote Down
snowwolf1
He explained in the letter that when he signed Cllr Tyndall’s nomination form, he did so as a friend and near neighbour. He went on to say, “For you to make political capital from it use through my position as Mayor of Brading I find completely unacceptable and it is something I did not, and would not, consent to.” So what is he actually saying he supports… Read more »
Vote Up15-2Vote Down
ian123

My bigger concern with the letter is how petty and negative it is.

Vote Up16-4Vote Down
tr2015
Erm, so let me get this right, Mr Hudspith supported his friend and neighbour Cllr Tyndall but, when he puts on his gold chain he claims, oh dear me no, I did not and would not. ???? Well, did he or didn’t he – clearly he did, as its on public record on the nomination paper, but, what, he didn’t want anyone to know about it? R… Read more »
Vote Up9-1Vote Down
ian123

Yes, it’s a bit dim signing a nomination paper – which is a public document that will be posted up on official noticeboards and published on the internet – expecting it to remain private. On the other hand, it’s not very polite to refer to someone directly in a leaflet or letter delivered to everyone in a small community, without letting the person know beforehand.