Some of the Isle of Wight’s top talent are coming together at the Riverside Centre in Newport on Saturday March 16th for an event hosted by Britain’s Got Talent finalist Drew Cameron. 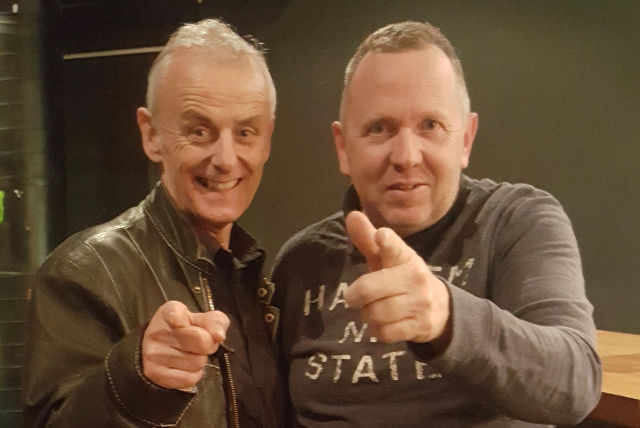 Kevin shares details of this event taking place at the weekend. Ed

Some of the Isle of Wight’s top talent is coming together at the Riverside Centre in Newport on Saturday March 16th in an event hosted by Britain’s Got Talent finalist Drew Cameron.

“The aim is to entertain, give people a great night out, but also to raise funds to support us – the Island’s community radio station. We’re in our tenth year now, and we want to keep developing, keep giving people of all ages opportunities to get on the radio, and provide a voice for all members of the Island community.”

Fun-packed evening
The Variety Show is being produced by Sarah Scotcher, who runs the successful Wight Strollers theatre group.

Sarah is an Island legend herself, and will be making an appearance with a comedy routine that is bound to have everyone in stitches. Her equally talented daughter, Emily, will be singing a few songs. Huxley the magician will be wowing the audience with his tricks (and his patter!), and the line up also include characters from Enchanted Isle Princess Parties, music from Wight Harmony Barbershop Singers, John Hacker, Isle of Voices choir and Blackfoot Daisy, plus Ella Gregory’s Dance Troupe, and more.

Get your tickets
You can buy tickets at £9 by calling 754666, or emailing kelvin.currie@vectisradio.fm