The Chief Executive of MHI Vestas has been speaking to a national newspaper about the company’s future plans. 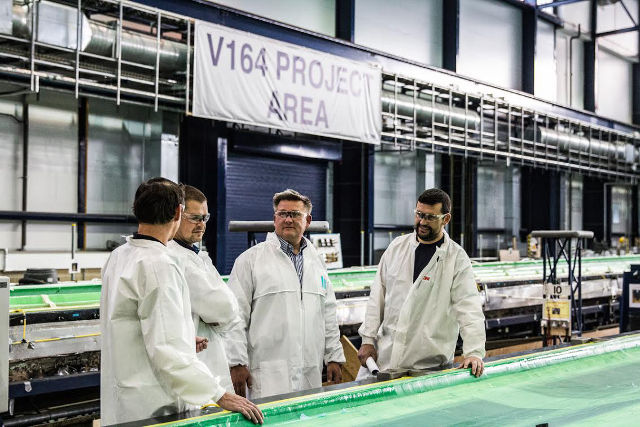 An article in the Sunday Telegraph this week hinted that something big could be happening on the Isle of Wight for wind turbine manufacturer, MHI Vestas.

Chief executive, Philippe Kavafyan, said the company was “very committed to the UK, and to growing our presence here”.

Moving development of electronic components
The article puts it in a way that sounds like it could well be an upside for the Island, but isn’t 100% clear – that the company is:

“mulling over plans to deepen its ­established industrial footprint on the Isle of Wight by moving the development of electronic components closer to ­Britain’s booming offshore wind market.”

Mr Kavafyan also told The Sunday ­Telegraph he would wait until the next round of offshore wind subsidy ­auctions (spring 2019) before deciding the scale of investment into its UK base.

Response from Vestas
As mentioned, it’s not totally clear yet whether the electronic components development would take place on the Island or elsewhere in the UK.

OnTheWight has been in contact with MHI Vestas to find out more and will update once we hear back.