Acclaimed French film-maker, Vincent Moon (aka Mathieu Saura) and French Improvisational Cellist Gaspar Claus have both been confirmed for the forthcoming Ventnor Fringe Festival taking place in August this year. 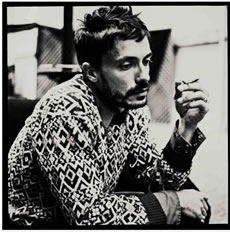 The film-maker, who is notorious for shooting on the move, will be creating what’s described as an intimate cinema space called The Picture House.

Nestled in an old shop in the town, The Picture House will seat no more than 20 people at a time, ensuring a personal and intimate experience.

Vincent Moon described his intentions as “Opening a space for four days; screening films, our images made on the road, and the images which made us. Playing music, creating sounds and even making films in the same room. Welcoming anybody to enter the space, to exchange, share, ask, discuss, play, show. A space as an improvised laboratory, a little caravan on an island. A moment in time where as soon as you are in, the rules are different. A poetical experience, troubadours getting their own house for a short period in time. Let’s try something new, for us and for you.”

Sounds like a great addition to the Festival and one aspect we’ll be particularly looking forward to.

Festival Director Jack Whitewood from Ventnor said “Vincent Moon is without doubt my favourite short film and documentary maker in the world and with this specially created Picture House seating no more then twenty audience members at a time it will be a unique opportunity to get to know the man and his work first hand.”

Wow love Vincent’s stuff, particularly the film of the Kooks playing live whilst walking through a crowd of screaming school children. Magic.

Sounds interesting, will they be taking part in the carnival procession too?