Thousands of Isle of Wight homes have had improvements implemented to their homes since the start of scheme to reduce the amount of energy required to heat properties. 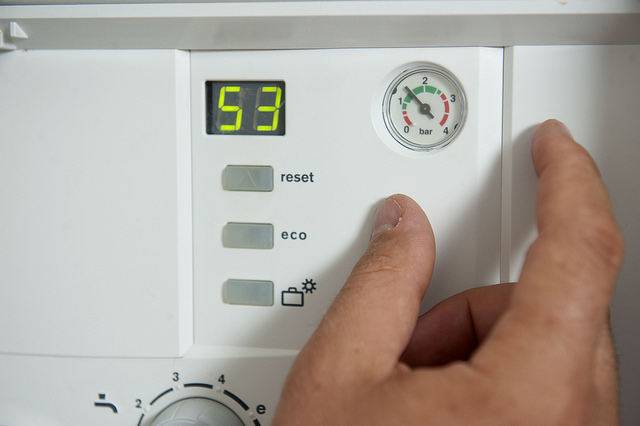 Thousands of homeowners in the Isle of Wight have used government schemes to save money on their heating bills.

Energy companies and property owners shared the costs of the Energy Company Obligation (ECO) measures, which include replacing and installing insulation and more efficient boilers.

On the Isle of Wight, 2,817 homes have had improvements implemented since the start of 2013 under the schemes – accounting for 45 in every 1,000 homes in the area.

At the most recent count, covering the first three years of the period, they were on track to deliver, with 727,400 homes receiving improvements.

The aim of the scheme is to reduce the amount of energy required to heat properties, by helping them to retain heat more effectively and through using more efficient heating systems, and ultimately to reduce harmful pollution.

However, as more efficient and greener technologies are introduced, a number of places saw pollution levels decreasing.

ECO upgrades on the Isle of Wight
In total, 3,190 ECO upgrades have been installed in Isle of Wight’s homes since the start of 2013 – more than one change can be made to a property under the scheme.

There are three separate schemes under which the measures can be installed. On the Isle of Wight, 1,725 were installed under CERO, under which energy companies provide grants to replace the insulation in old buildings.

Another 1,031 houses were upgraded under HHCRO, a means-tested scheme to help those who struggle to pay their heating bills, to provide them with new boilers or insulation.The remaining 434, measures were installed through CSCO, where energy companies upgrade insulation in areas of low income or exposed rural locations.

The most common upgrades are for cavity wall insulation (35%), loft insulation (24%) and boiler upgrades (22%).

Image: CORGI HomePlan under CC BY 2.0

newest oldest most voted
Colin
Cavity wall insulation. That old one. It is ok if the house is suitable for cavity wall insulation, but many are not. Many houses were built with a cavity to allow air to flow between the inner and outer walls to help reduce any moisture that got into the walls and to keep a flow of air underneath floorboards to keep them dry and to reduce the… Read more »
Vote Up19-1Vote Down
laurentian

and some have solid stone walls . . .

Does anyone have any idea what the majority of this article is about? I don’t.

It’s about the number of IW residents taking advantage of government grants to replace and install insulation or more efficient boilers.

Thought it was about Smart meters, about to have one fitted so wanted to see some feed back from those already using one? Any comments or advice? Den Clare

Vote Up00Vote Down
Colin
Another liitle money making scheme for friends of the government that is of little use. Given reports in the national press and also on BBC Watchdog of how badly some of them are fitted, I refused the jolly kind offer to have one fitted. I know how much gas and electric I use, I don’t need a gizmo to tell me, plus if you change suppliers then… Read more »
Vote Up30Vote Down
boatman
Regarding ‘smart-meters’. I have been waiting to have one installed since last year – four times appointments have been made – each time the installer has failed to appear or to notify us – despite promises so to do. The excuse is that they have to come over from the North Island and they always overbook their workload……It is a pity the companies are not as smart… Read more »
Vote Up00Vote Down